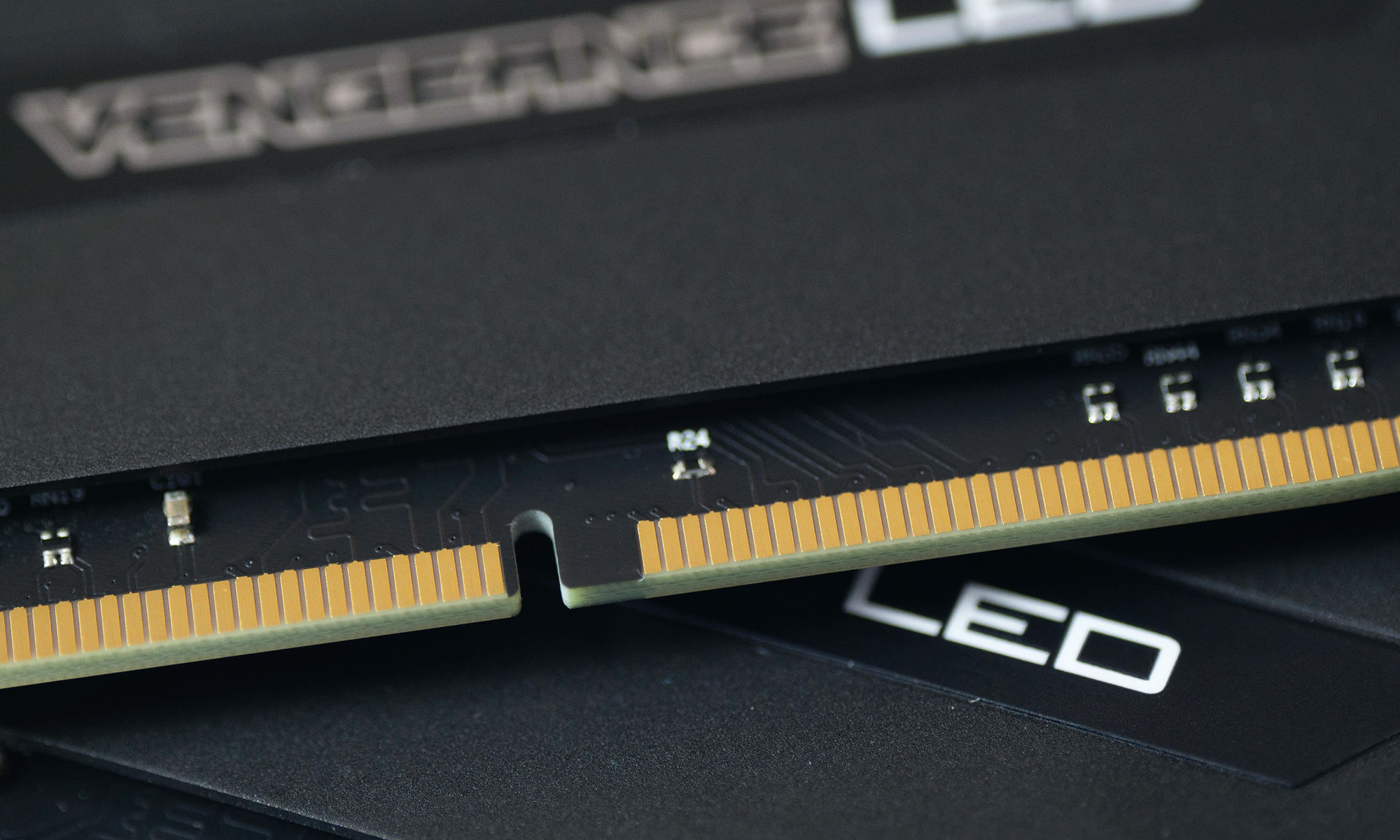 There are many hardware components that determine the performance of your computer, and the amount of RAM your computer has is among them. The good news is that upgrading RAM is easy — you just need to know your computer’s maximum RAM capacity, and this article is here to help.

What Is RAM & Why Is It Important?

Random-access memory, or RAM for short, is the short-term memory of your computer. It’s used to temporarily store important data from the hard disk so that it can be quickly retrieved and processed.

Most computers today come with 8 GB to 32 GB of RAM, but adding more RAM is as simple as inserting an extra RAM stick into the corresponding slot on the motherboard.

Why would you want to do that? Because not having a sufficient amount of RAM can slow down your computer to a crawl, making applications painfully slow or even impossible to open.

But before you purchase more RAM, you should find your computer’s maximum RAM capacity, which is determined by three factors: the operating system, the motherboard, and the processor.

Determining the maximum RAM capacity on Windows is easy since all you need to do is run a single command in the Command Prompt:

This was our output: 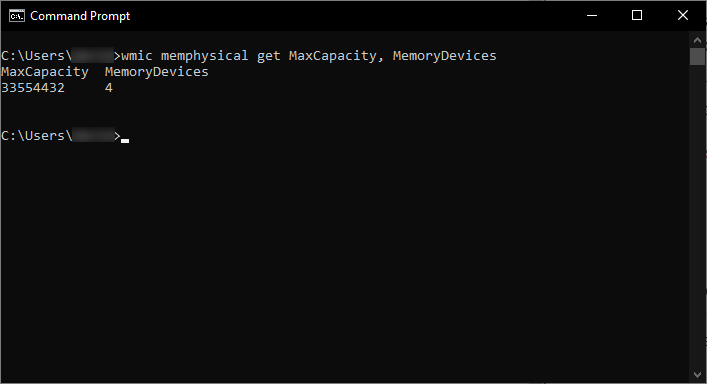 MaxCapacity is the maximum RAM capacity (in kilobytes) installable for your computer. Since 1 KB is equal to 0.000001 GB, we can see that the maximum computer RAM is 32 Gigabytes (GB).

MemoryDevices is the number of memory slots our motherboard is equipped with. Because we have four slots, we can install four 8 GB RAM sticks.

All newer Macs with Intel chipsets can theoretically address 256 terabytes of memory, but they don’t always make it possible for users to install additional memory sticks. Here’s how you can identify how many memory slots your Mac is equipped with and whether the slots are utilized:

You should see an easy-to-understand visual representation of your memory slots and the memory modules installed in them. 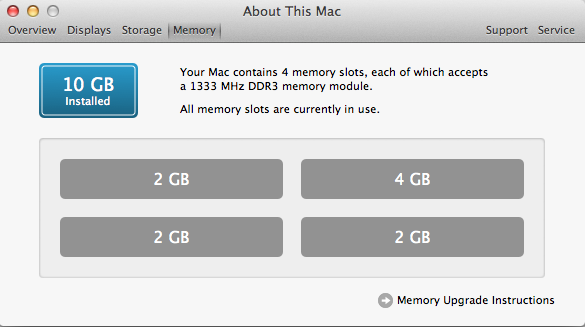 If you have a Mac with Mac OS X Lion or older, you won’t see this visual representation, but you can still determine how many memory slots your Mac contains using System Profiler (/Applications/Utilities).

You can find the maximum RAM capacity in any Linux distribution using a tool called dmidecode. This tool allows you to dump your computer’s DMI table contents in a human-readable format. Since the DMI table contains information about the system’s hardware components, it can tell us everything we need to know about RAM capacity.

This was our output: 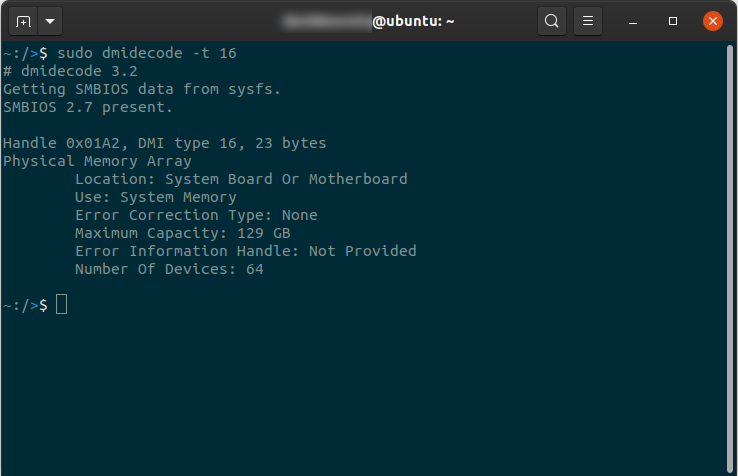 As you can see, our system supports up to 129 GB of RAM and has 64 RAM slots (that’s because it’s a virtual machine).

It doesn’t take much effort to determine the maximum RAM capacity of a Windows, Mac, or Linux computer, and you can use this information to plan your next hardware upgrade. With enough RAM, you won’t be experiencing annoying slowdowns, long boot times, and many other performance issues.

How To Watch Arabic Channels In USA, Canada & Australia

How To Watch Arabic Channels In USA, Canada & Australia 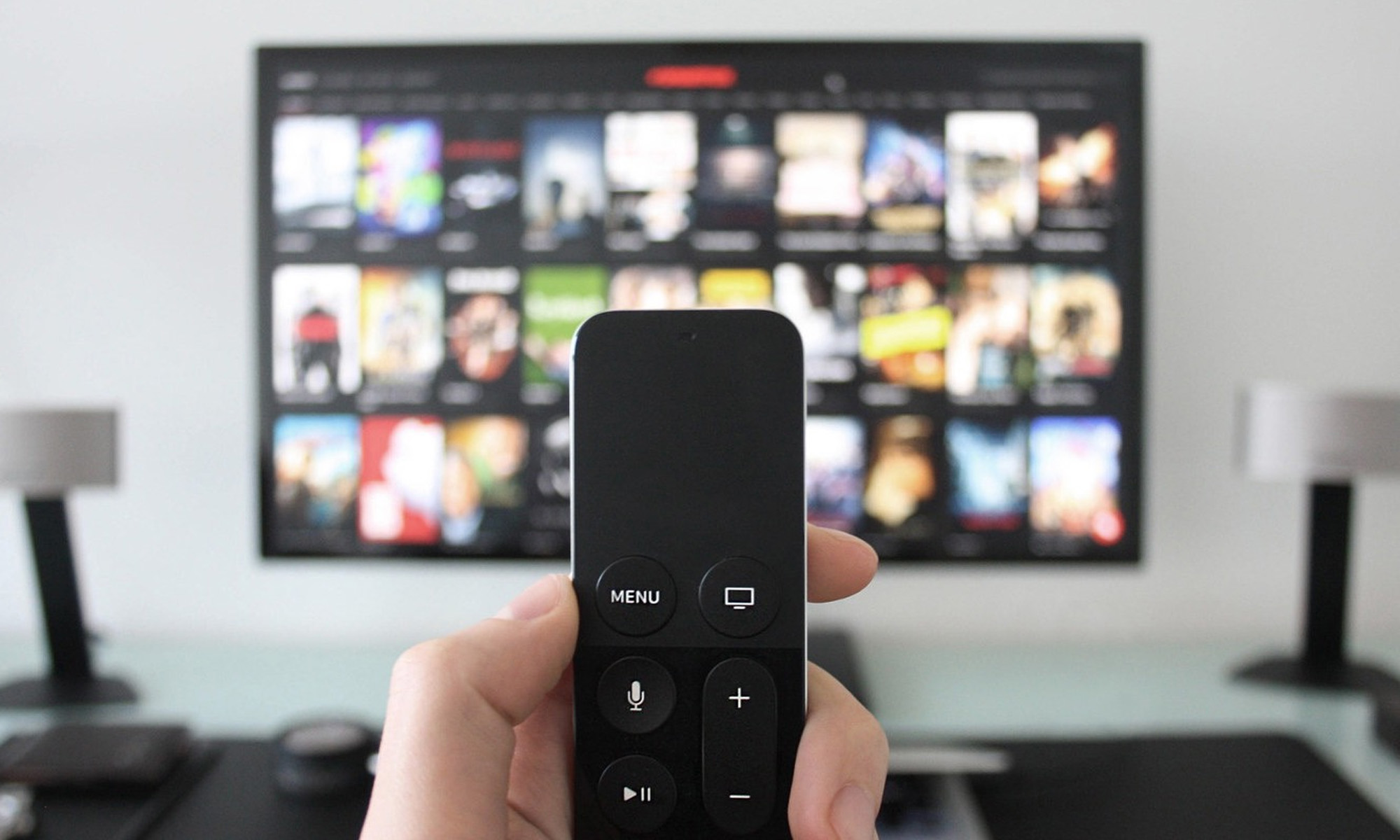 Arab families living in the United States, Canada, and Australia have several options on how to watch their favorite Arabic TV channels. Some of these options are suitable for cord-cutters, whose goal it is to get rid of cable and satellite TV and save as much money as possible. Other options are ideal for those who prefer a more traditional satellite TV experience. Regardless of which two groups you belong to, you’ll be able to satisfy your craving for Arabic TV with the help of this article.

If the idea of being able to watch more than 400 Arabic channels over the internet sounds appealing to you, then you need to check out HSTBox. Retailing for $350 with two years of free subscription, this IPTV receiver offers exceptional picture quality, DVR functionality, and convenient remote control.

You can order it online from a designated reseller in your area, with free shipping to North America. For HSTBox to work properly, you need an internet connection with at least 2 Mbps of download bandwidth. The good news is that HSTBox comes with a 7-day money-back guarantee, so you can simply ask for a refund should you encounter any issue with it.

The manufacturer of HSTBox provides customer support over the phone, email, WhatsApp, Facebook, and Telegram.

Recommend For: Those who want access to as many Arabic TV channels as they can possibly get. 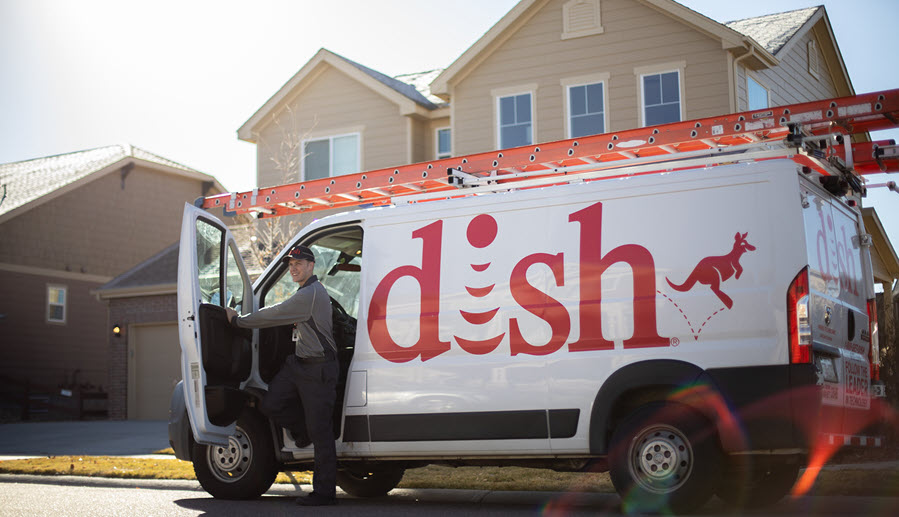 DISH TV is one of the most popular providers of satellite TV in the United States, and the company has several packages with Arabic TV channels, including Arabic Elite Pack, Arabic Music Pack, Arabic IQRAA Pack, Arabic Noursat Pack, and Arabic Aghapy TV Pack. This is what’s included in each package.

New subscribers to DISH TV get professional installation for free, and it doesn’t matter how many TVs you want to connect to your satellite.

Recommended For: Those who are used to the satellite TV experience and are willing to pay a premium price for it. 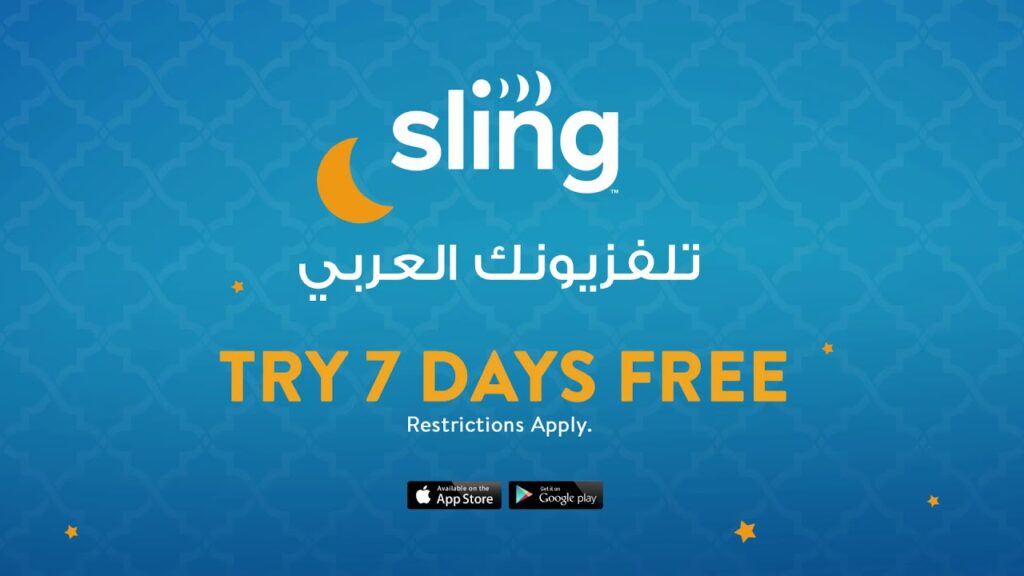 Sling TV Arabic costs either $25 a month or $150 a year. Regardless of if you choose the monthly or annual subscription, you always get a 7-day free trial that allows you to evaluate the service without forcing you to make a commitment.

Recommended For: Cord-cutters who want to watch Arabic TV on many different devices. 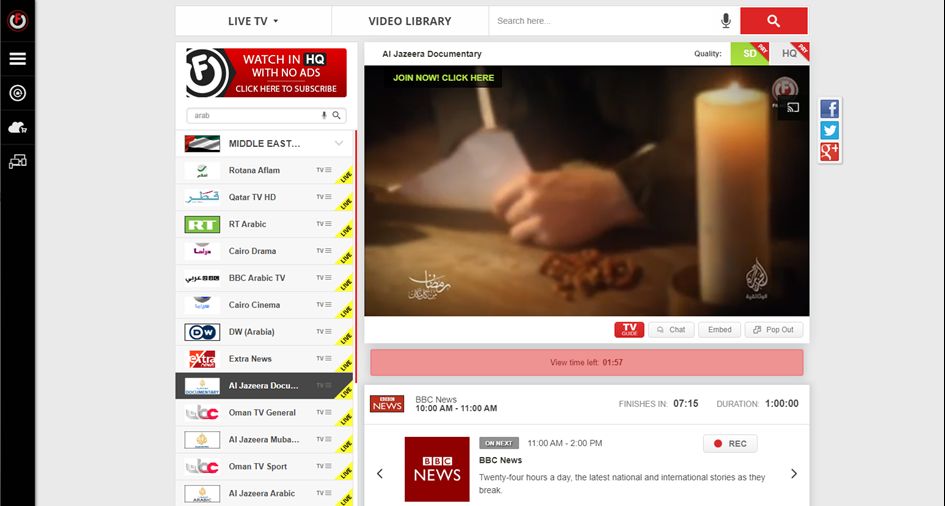 FilmOn is an internet-based television provider with multiple Arabic channels, including Rotana Aflam, Al Jazeera, BBC Arabic TV, Dubai TV, AYAAT, and others. The service costs $19.95 per month or $199 per year (you get two months of free service).

FilmOn launched in 2009 in the United Kingdom and a year later in the United States. At the time of writing, it licenses several hundred channels and nearly 100,000 video-on-demand titles. Being an internet-based television provider, you can watch FilmOn on just about any device.

Recommended For: Budget-minded individuals who are looking for a cost-effective way to watch Arabic TV on the go. 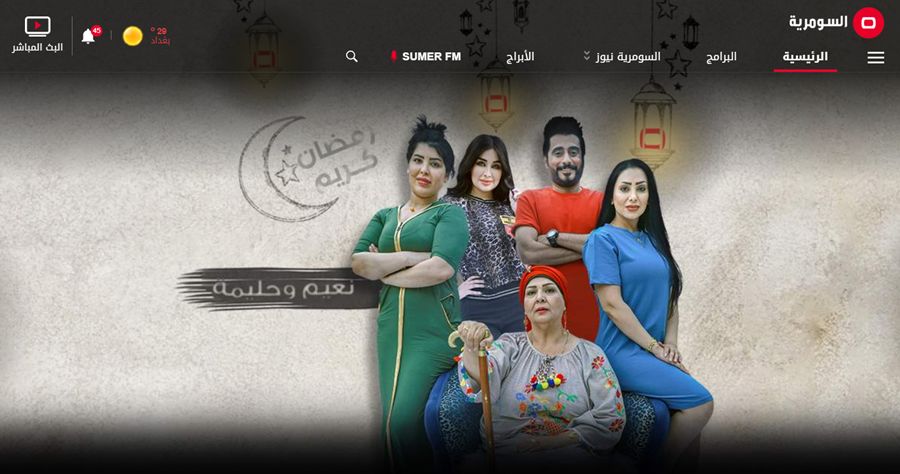 Some Arabic TV channels, such as Alsumaria or Nessma stream their live TV programming on the internet, so you can simply tune in from any country and start watching.

If you’re fine with watching Arabic TV in a web browser and can live without extra features, this method of watching Arabic TV channels in the United States, Canada, and Australia is certainly worth trying, especially considering that it doesn’t cost anything at all.

Bonus: If you’re into watching Arabic movies (especially those good old classics), then you can also check out Cinemoz, the fastest growing premium video on demand platform in the Arab World.

How To Find Your Computer’s Maximum RAM Capacity

Softonic Review: Is This Download Service Safe To Use?