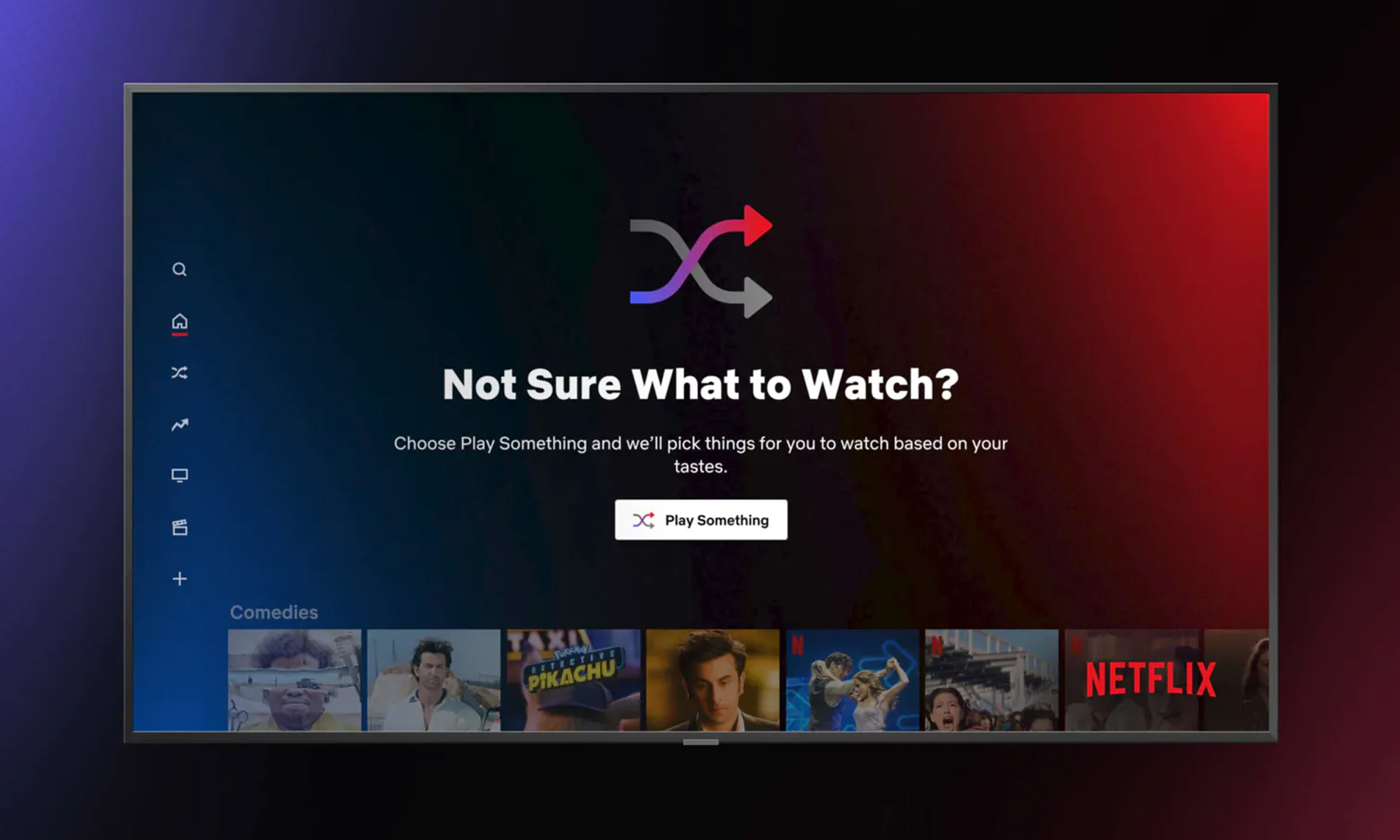 Do you sometimes turn on Netflix, only to find yourself unable to decide what you want to watch? You’re not the only one! Fortunately for you and all other indecisive viewers, the “Play Something” feature has just been officially announced by Cameron Johnson, Director of Product Innovation at Netflix.

“When you hit the ‘Play Something’ button, you’ll be instantly met with a series or film we know you’ll love based on what you’ve watched before,” writes Johnson in the official announcement.

If Netflix doesn’t get it right on the first try, you can simply click “Play Something Else” and get:

For now, the new feature is available only for smart TV, but testing for mobile devices is planned to start soon.

How To Use The “Play Something” Feature

Netflix users who rely on screen readers will be pleased to know that the new feature fully supports Text-to-Speech (TTS).

Also Read: Netflix Is Testing A Way To Stop Its Users From Sharing Their Passwords

With the “Play Something” feature, Netflix becomes one step closer to the traditional cable experience, whose inherent element of surprise is both one of its biggest downsides and benefits.

Now that users can tell Netflix to pick something to watch for them, they are far more likely to discover hidden gems they might otherwise miss or become hooked on the company’s exclusive content. The latter is especially important for the streaming giant because exclusive content is what keeps subscribers subscribed.