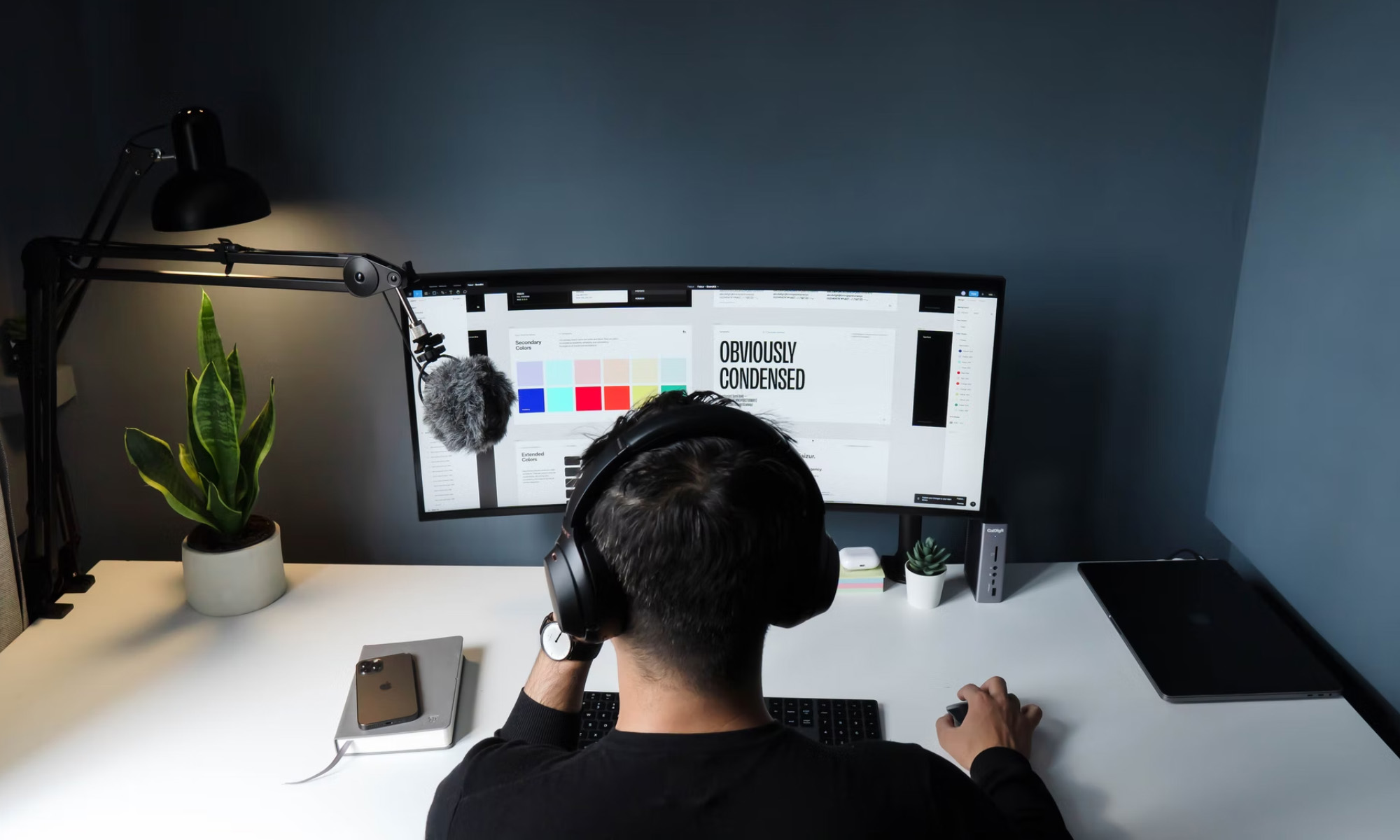 It’s estimated that there are more than 1.5 billion websites on the internet in 2023. For your website to stand out and gain loyal visitors, it must be optimized in every way possible. This article is intended to give you a bird’s-eye view of how to create a successful website in 2023, breaking down the entire process into just six easy-to-understand steps.

You can imagine the internet as a huge city where every single building has a name. It’s no coincidence that the largest buildings in this city have the most memorable names (like Google.com or Amazon.com).

If you want your website to stand out as well and attract a lot of foot traffic and returning visitors alike, then you need to choose a name that everyone will easily remember. Here are some quick tips to help you distinguish memorable domain names from those that are forgettable:

You can generate some pretty good domain name ideas using tools like DomainWheel and Nameboy. To check if a domain name is available, you can use the free domain name checker provided by Namecheap.

Remember how we compared the internet to a huge city with around 1.5 billion buildings? In reality, most buildings in this city are owned by specialized companies that rent them to people who want to establish an online presence without having to worry about the technical aspects of operating a web server.

The web hosting services provided by specialized companies can be separated into several main categories, including:

Generally speaking, the fewer visitors your website has, the more people you can afford to share a single server with. If you’re just starting, then shared web hosting will likely work just fine for you.

Websites are built using technologies like HTML, CSS, JavaScript, and PHP, among many others. The good news is that you don’t really need to understand them to build a well-designed website.

If you have a decent budget, you can let someone else build your website for you. On sites like Upwork, you can find plenty of skilled freelance web designers who can turn your vision into a functioning site.

Obviously, the DIY approach requires more time and effort, so we recommend it mainly to tech-savvy folks who are familiar with terms like FTP, backend, and frontend.

Because the internet is such a massive place, your new website would never be discovered by anyone if it wasn’t for search engines like Google and Bing. They make it possible for users to find your website based on keywords and natural search phrases.

For search engines to recommend your website to as many users as possible, you need to perform the so-called Search Engine Optimization (SEO). Simply put, SEO is a set of best practices to help your content rank higher. Here are some of them:

Entire books and websites are dedicated to SEO, but the best place to start is Google’s Search Engine Optimization Fundamentals online course.

It’s estimated that 30,000 new websites are hacked every day. To prevent your website from contributing to this alarming statistic, you need to keep your website security in check.

To start with, make sure your content management system and server are both fully patched. Some web hosting services can help you with both, and those are the ones you should use if your tech skills are limited.

Since many successful website hacks involve weak or stolen passwords, it’s paramount that you use a strong, unique password for your administrator accounts.

Last but not least, you should always create backups on a regular basis so that you can quickly recover your website even if the worst happens.

You want everyone to talk about your successful website, and you can help make this goal happen by proactively establishing a social media presence. Here’s how:

Because it takes so much time and effort to establish and maintain social media presence, increasingly many website owners pay a dedicated social media person to handle everything for them.

We hope this brief introduction to the topic of building a successful website has helped you understand the road you need to follow in order to reach the end destination.

If you would like to learn even more information about web design, search engine optimization, web security, and other related topics, then we recommend you subscribe to the SaneChoice newsletter. SaneChoice is currently running a giveaway, so there’s a chance that your subscription will win you Apple AirPods.

Awok’s story serves as an important reminder that the ability to attract investment capital doesn’t always go hand in hand with the ability to run a successful business. 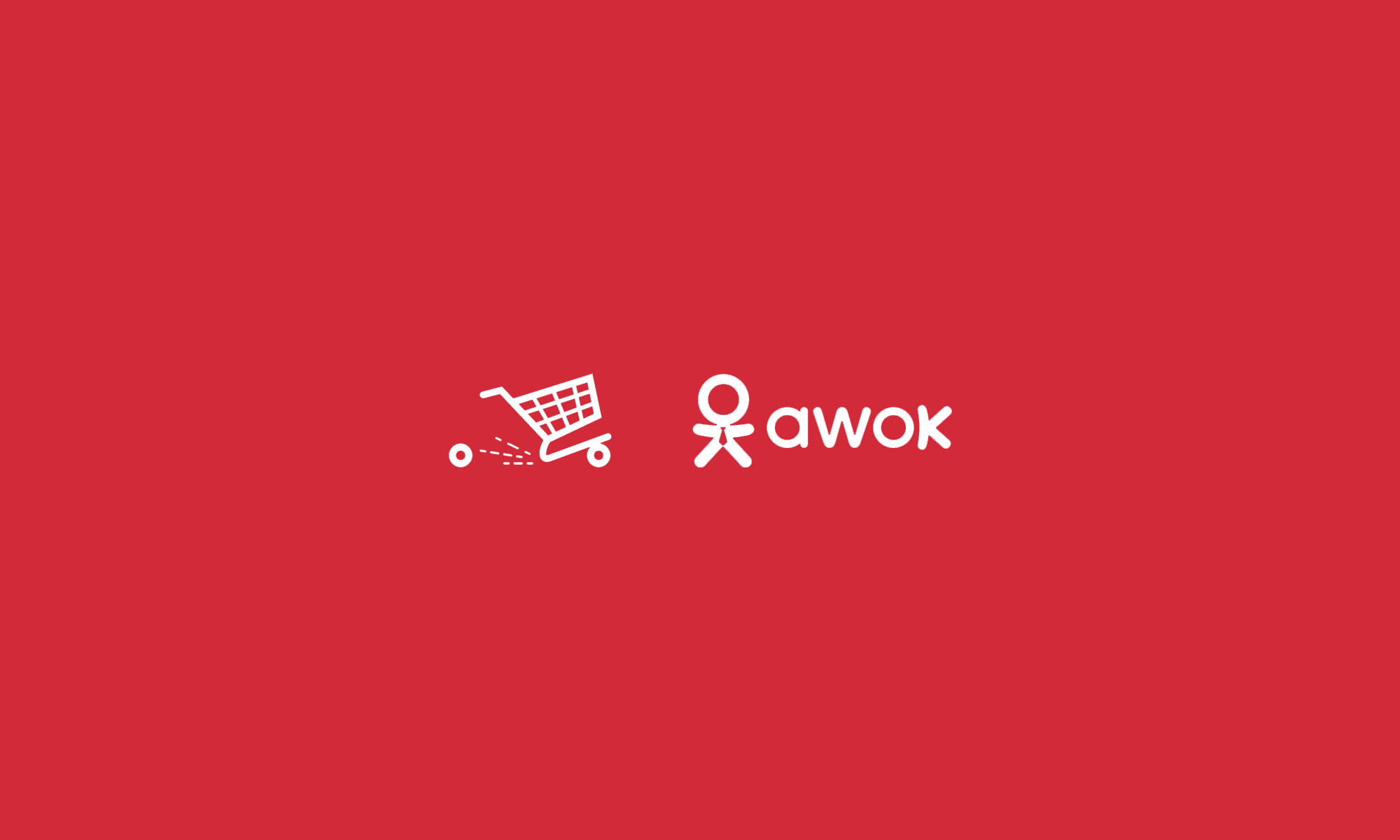 We’re used to small businesses closing their doors on a regular basis because we understand that small business owners don’t have large financial reserves to cushion the impact of adverse economic conditions and various disruptive events.

But when a major e-commerce giant shuts down its operations just one year after raising $30 million without showing basic signs of struggle during the preceding months, we sense that something isn’t quite right.

That’s what happened with Awok, a Dubai-based e-commerce platform that closed its business in August 2020, blaming the COVID-19 pandemic and the global financial situation caused by it.

Awok’s story serves as an important reminder that the ability to attract investment capital doesn’t always go hand in hand with the ability to run a successful business, especially when the moral compass of the person in charge of the business is broken.

Awok was launched in 2013 by Kyrgyzstan entrepreneur Ulugbek Yuldashev with an original investment of 100,000 AED (27,000 USD).

Yuldashev realized that the mid-income segments in the United Arab Emirates and Saudi Arabia didn’t offer consumers too many choices, and he decided to seize the opportunity by launching an e-commerce platform with a focus on affordable products.

After just two years, Awok reported a phenomenal 500 percent increase in sales and expanded its product selection to include not just electronics and gadgets but also household appliances, health and beauty products, and jewelry.

“Awok’s solid growth is testament to the brand’s commitment in providing quality products at consistently low prices,” said Yuldashev at the time. “Reaching this two-year milestone is a great achievement for Awok, and we look forward to achieving future growth in line with our third-year targets. We are grateful to our loyal customers and are always striving for ways to identify and meet our consumers’ needs”.

Later in 2015, Awok introduced its mobile app, allowing customers to comfortably order affordable products using their smartphones and tablets. The e-commerce company also continued expanding its warehouse capacity and fleet of delivery vans, all while sourcing as many products as possible directly from manufacturers, distributors, and re-sellers to keep prices low.

With more than a decade of retail and e-commerce experience under his belt, Yuldashev was well aware of the importance of using innovative technologies to secure a competitive advantage, which is how he managed to process and deliver orders in just a few hours, instead of several days as was typical for its competitors.

“We use a lot of technologies and big data analysis to comprehend what our customers will be buying tomorrow so we can make sure to send our vehicles with goods even before the customer orders,” he said. “The technology that we are working on will be the key to deliver goods within the shortest time. We are able to predict more than 70 percent items that will be sold on a particular day, 24 hours in advance”.

It seemed that the strategy was paying its dividends, helping Awok attract more than 10 million monthly visitors and expand its inventory to include around 300,000 products, and the best was yet to come.

In 2019, Awok proudly announced that it had raised $30 million in funding to fuel its Saudi Arabia expansion, enhance the Awok platform, and broaden the range of products on offer. The financing round was led by two top-tier regional investment companies, StonePine Ace Partners and Al Faisaliah Ventures, with investment group Endeavor Catalyst as a co-investor.

“These are truly exciting times for Awok and its entire ecosystem,” Yuldashev commented. “Our success was built on providing our customers with the best experience we could, and, with this round of financing, we will be able to provide an even better experience to an even larger market”.

“We are excited to help accelerate what has already been impressive growth,” said Haidar. “The Al Faisaliah Ventures team scanned the market for the best end-to-end e-commerce capabilities — from sourcing to last-mile delivery — and found Awok.com to be the right player to become the next unicorn,” added Carbon.

Unfortunately, their excitement was relatively short-lived because Awok would soon make another announcement.

In the second half of 2020, just a little over a year after the successful financing round, Awok announced that it was shutting down its e-commerce platform.

“Awok’s journey as a mass-market e-commerce player has unfortunately come to an end, and the company has ceased operations,” the e-commerce giant stated on its website. “After seven incredible years of saving money for our customers by creating regional business and a platform for our suppliers and sellers, we are sad to inform you that given the current global situation it left the company no other choice than to close its platform for good”.

While Awok wasn’t the only e-commerce company in the MENA region that closed its doors in 2020, the e-commerce market itself was in the middle of a major boom as a result of various social distancing measures intended to slow down the spread of COVID-19 and the resulting switch to online shopping. For example, Amazon’s sales in the MENA region grew by 26 percent to $76 billion in Q1 2020, and many other companies reported similarly large numbers.

As the news about Awok’s end spread, many of its customers, former employees, and business partners started to reveal what was really going on behind the scenes since the $30 million funding round.

Apparently, Awok’s leadership made many poor decisions and took several unnecessary risks with the funds it had raised. “It was never related to Covid-19 at all. It was cash mismanagement, we haven’t seen any sign of the funds in reality. The whole situation spoke to bad management and leadership,” said Hussein Khafagy, head of customer experience at Awok.

“There was an untrusted relation between the investors and Yuldashev, investors were backing out in January, despite the earlier news reporting the financing was secured. The funds were conditioned to specific KPIs, and the cash was not available for us to work with,” he added.

According to Khafagy, Awok’s debt since 2018 reached over 60,000,000 AED (16,300,000 USD). Short for cash, the company’s management decided to stop paying its employees and vendors, but they didn’t stop accepting new orders and money from its customers. Soon, employees began to realize that Awok is going under, and they started abandoning the sinking ship.

When Awok’s team in India discovered that C-level executives kept receiving full salaries until the very last moment, the team tried to bring the situation to the attention of the media but without any success.

Awok’s fall is an excellent example of what can happen when management makes a series of bad decisions and puts its own self-interest ahead of the interests of all other stakeholders when the situation becomes dire. In this case, the end result is one of the biggest startup failures in the MENA region.