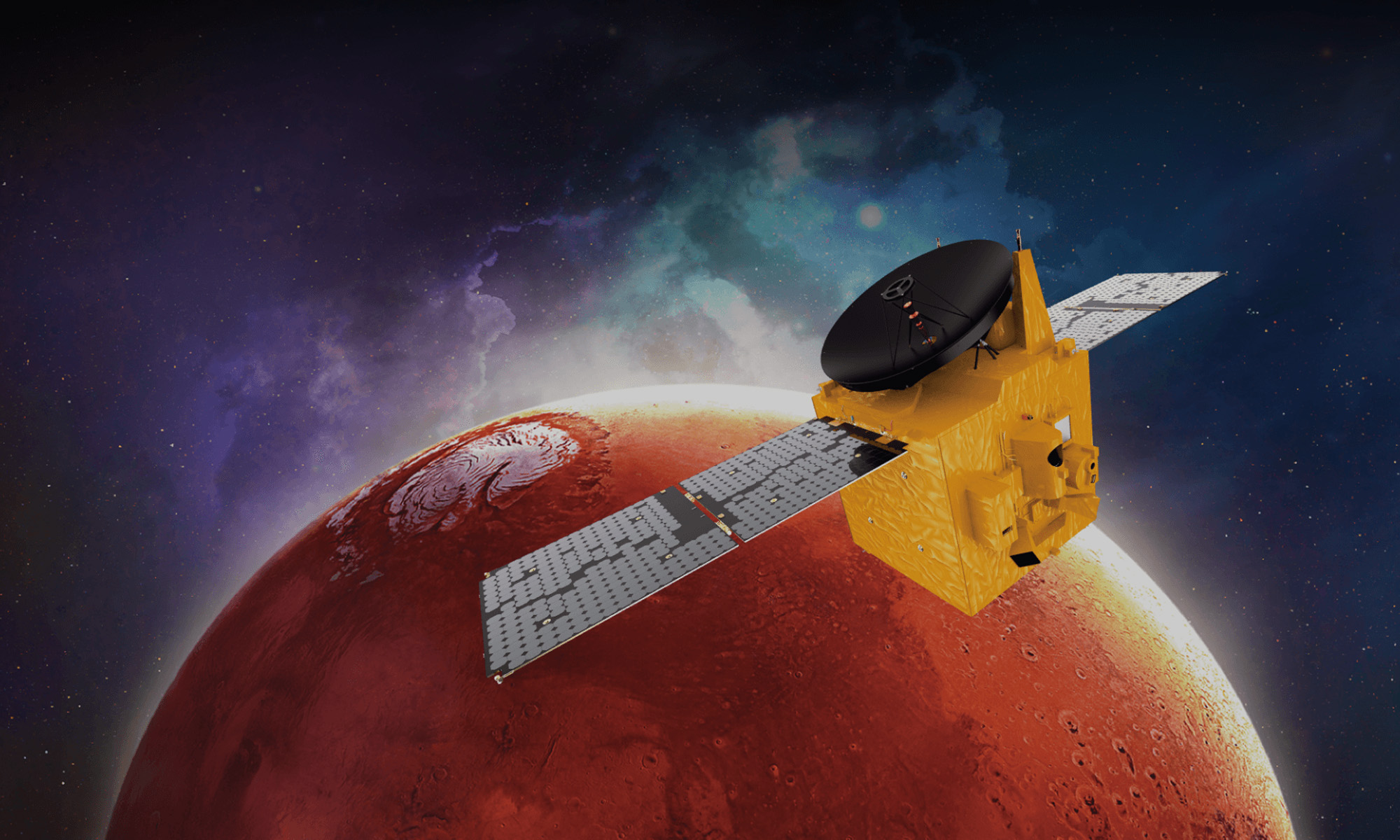 After nearly seven months in space, the Emirates Mars Mission’s Hope Probe (Arabic: مسبار الأمل‎, Al Amal) will make its orbital insertion on February 9, 2021. The objective of the probe is to provide the first complete portrait of the Martian atmosphere, helping scientists understand the climate dynamics of the Red Planet.

The Hope Probe was developed by the Mohammed bin Rashid Space Centre (MBRSC) and the Laboratory for Atmospheric and Space Physics (LASP) at the University of Colorado Boulder, and it will be the first of the three spacecraft that took advantage of the July 2020 Mars launch window, with the other two being Tianwen-1 (China) and Mars 2020 (USA).

Before Hope Probe can use its three scientific instruments to answer important questions about the loss of hydrogen and oxygen from Mars into space, it must first successfully perform a complex and risky maneuver to enter a Mars orbit, using all of its six thrusters to slow down from 121,000 km/h to 18,000 km/h. 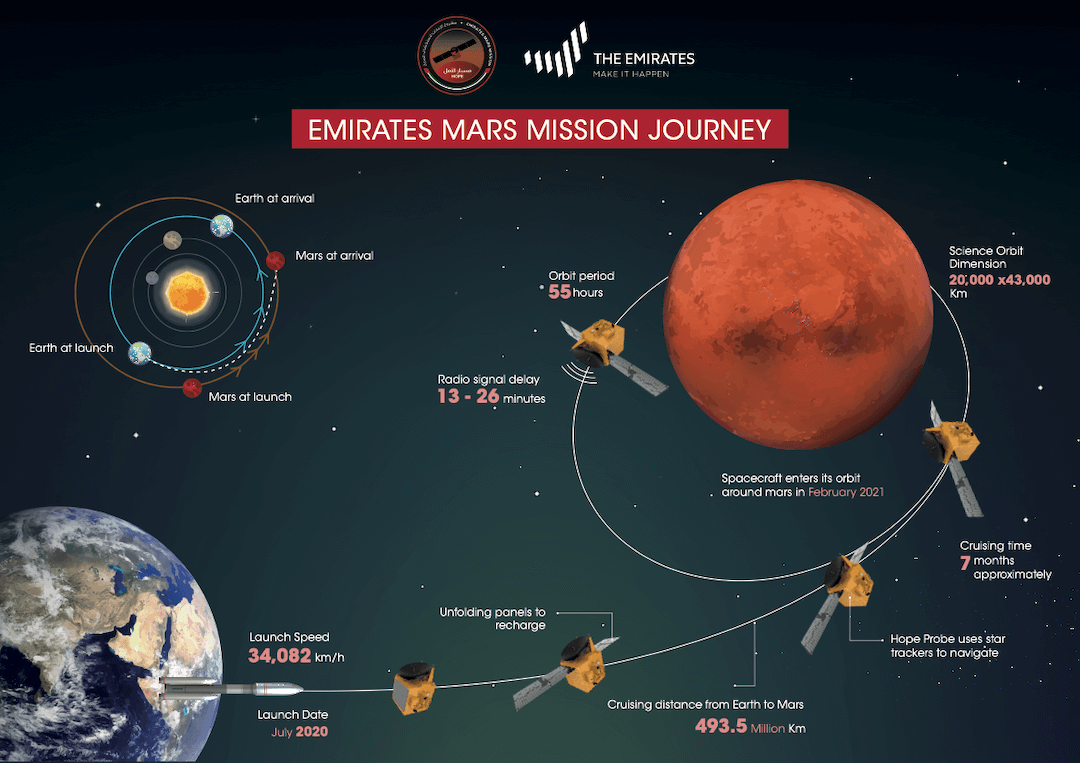 If successful, the United Arab Emirates will become only the fifth nation to reach Mars. The occasion is timed to mark the 50th anniversary of the unification of the wealthy Gulf state, so the sense of anticipation is understandably sky-high — not just figuratively but also literary. Dubai’s Burj Khalifa, the world’s tallest skyscraper, currently shines red to signal the arrival of the Hope Probe to Mars. 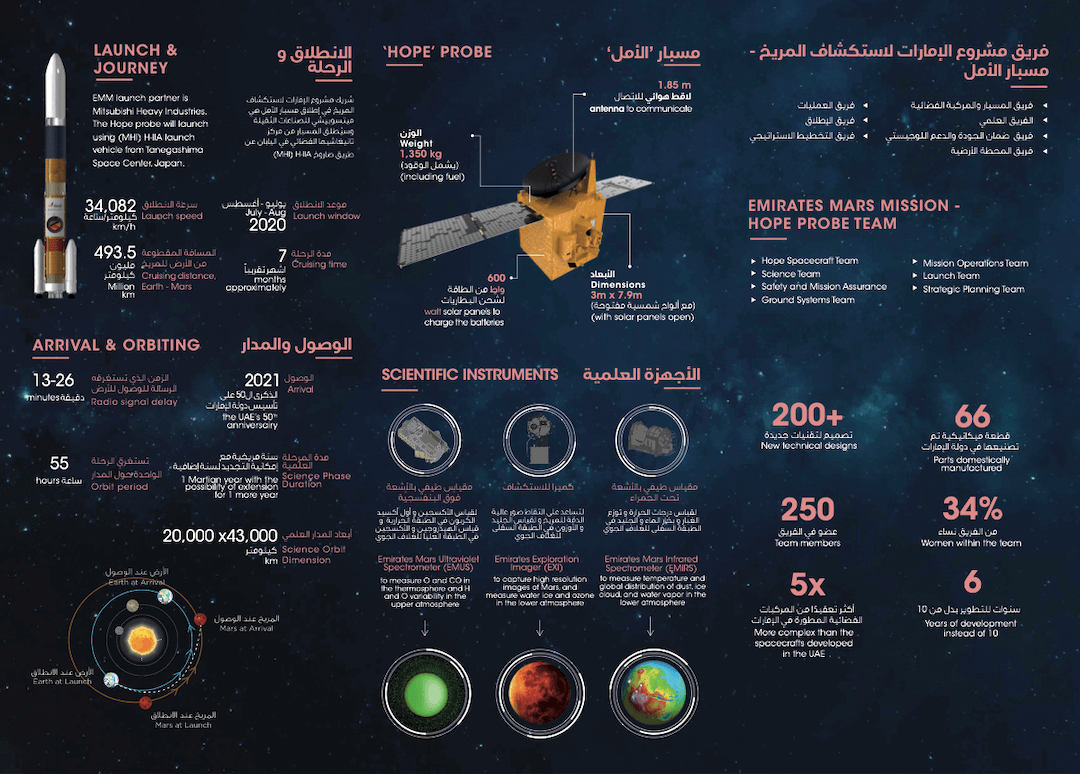 Regardless of how the Emirates Mars Mission ends, it has already completed its goal of stimulating young students to pursue STEM-related fields.

“We’ve seen a large shift with the mindset of students, first and foremost, within the Emirates” said Her Excellency Sarah bint Yousef Al Amiri, chairperson at the UAE Space Agency and minister of state for advanced sciences in the UAE. “But we’ve also seen a lot of keen engagement within the region, a region that is typically known to be unstable, and that has triggered a lot of thoughts with regards to what is possible” she added. 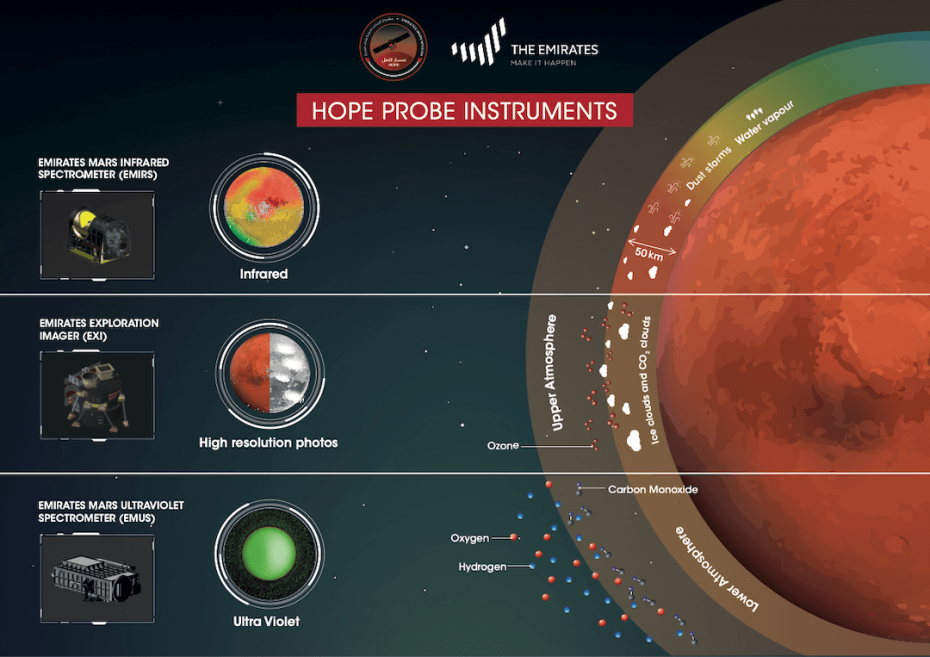 Also Read: Hyperloop Video Provides A Peek At The Future Of Transportation

According to the world’s richest person, Elon Musk, it should be possible to send 1 million people to Mars by 2050, and the data collected by probes such as the Hope Probe are vital for making this lofty plan happen.

You’ll be able to watch live coverage of the UAE Hope Probe reaching Mars on the UAE Space Agency website.

Related Topics:DubaiSpaceUnited Arab Emirates
Up Next

Google Launches Its Dunant Subsea Cable Between The US And Europe

Bahrain Becomes Among The First To Achieve Nationwide 5G Coverage