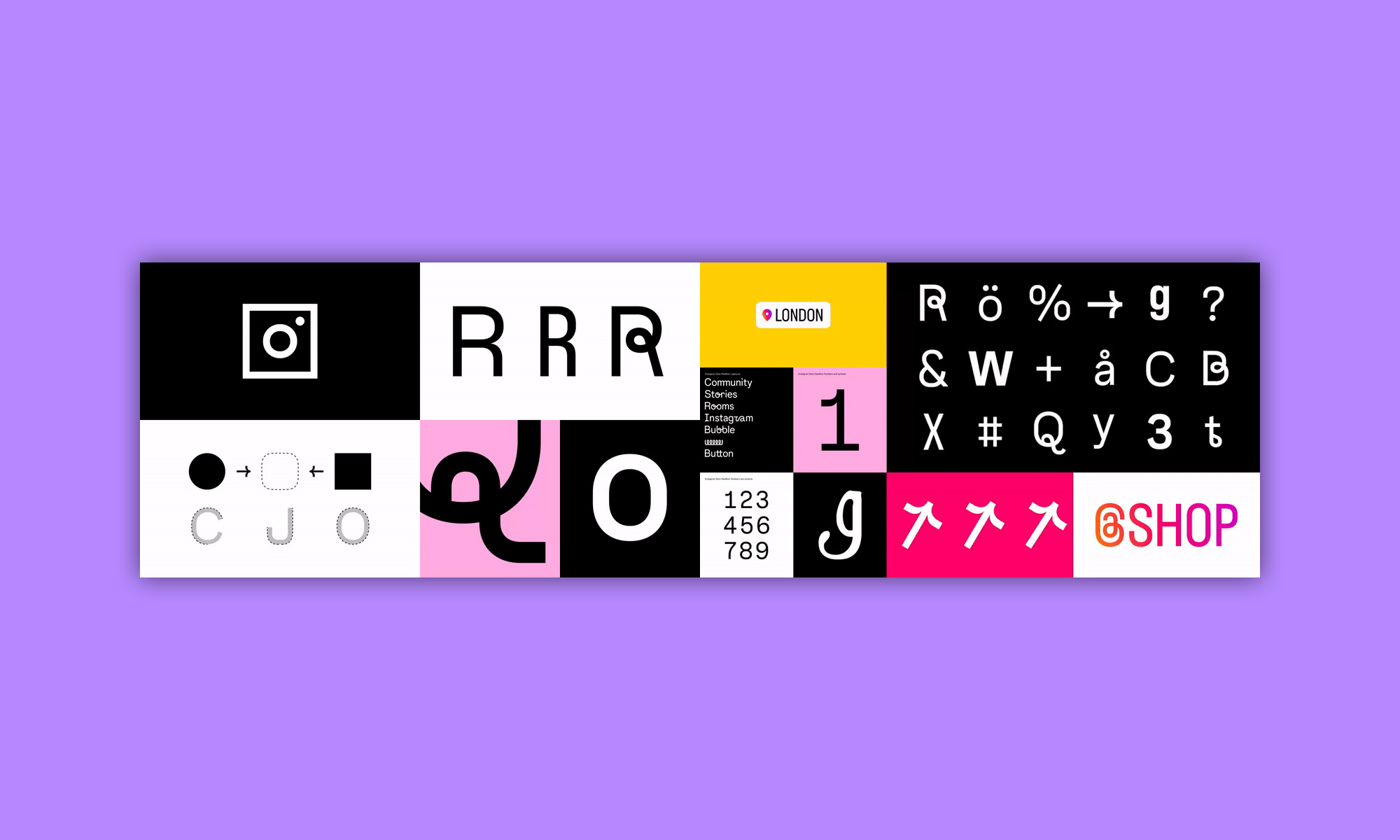 Instagram’s visual identity, including its logo, has evolved dramatically since the photo and video sharing social networking service launched in 2010. On Monday, Instagram introduced the latest visual refresh, complete with a brand-new font called Instagram Sans. The refresh is supposed to embrace continued evolution by giving existing brand elements new energy and purpose.

The Instagram gradient background, which consists of five colors — Princeton Orange (#F58529), Jasmine (#FEDA77), Vivid Cerise (#DD2A7B), Grape (#8134AF), and Iris (#515BD4) — has been brought to life using an innovative 3D modeling process that makes it feel as if it were lit from within.

“The concept is that the gradient feels like it’s made of light, so it feels illuminated. And it has a kind of a sense of depth to it,” says 3D digital artist and motion designer Rose Pilkington.

The biggest star of the show, however, is the new font, which was designed with Instagram’s heritage in mind. The typeface’s collection includes multiple global scripts (including Arabic, Thai, and Japanese), and it can be described as a contemporary remix of grotesque and geometric styles.

“Details like sheared terminals that suggest the flick of a human hand, unexpected quirks seen in the ‘Q’ and the interior teardrop of the ‘a’ add a friendly personality,” writes Instagram about the new font.

To help its users put the new font to good use, Instagram has also introduced fullscreen marketing layouts, which are clearly inspired by TikTok. The new layouts are supposed to put content at the center, and they reflect the latest usage trends.

So far, the visual refresh has received a mixed response, with some users and observers praising it for being both recognizable and future-oriented, and others criticizing it for being unnecessary and self-indulgent. What are your thoughts on the refreshed look?

Google Contributed Billions To The Middle East Economy In 2021