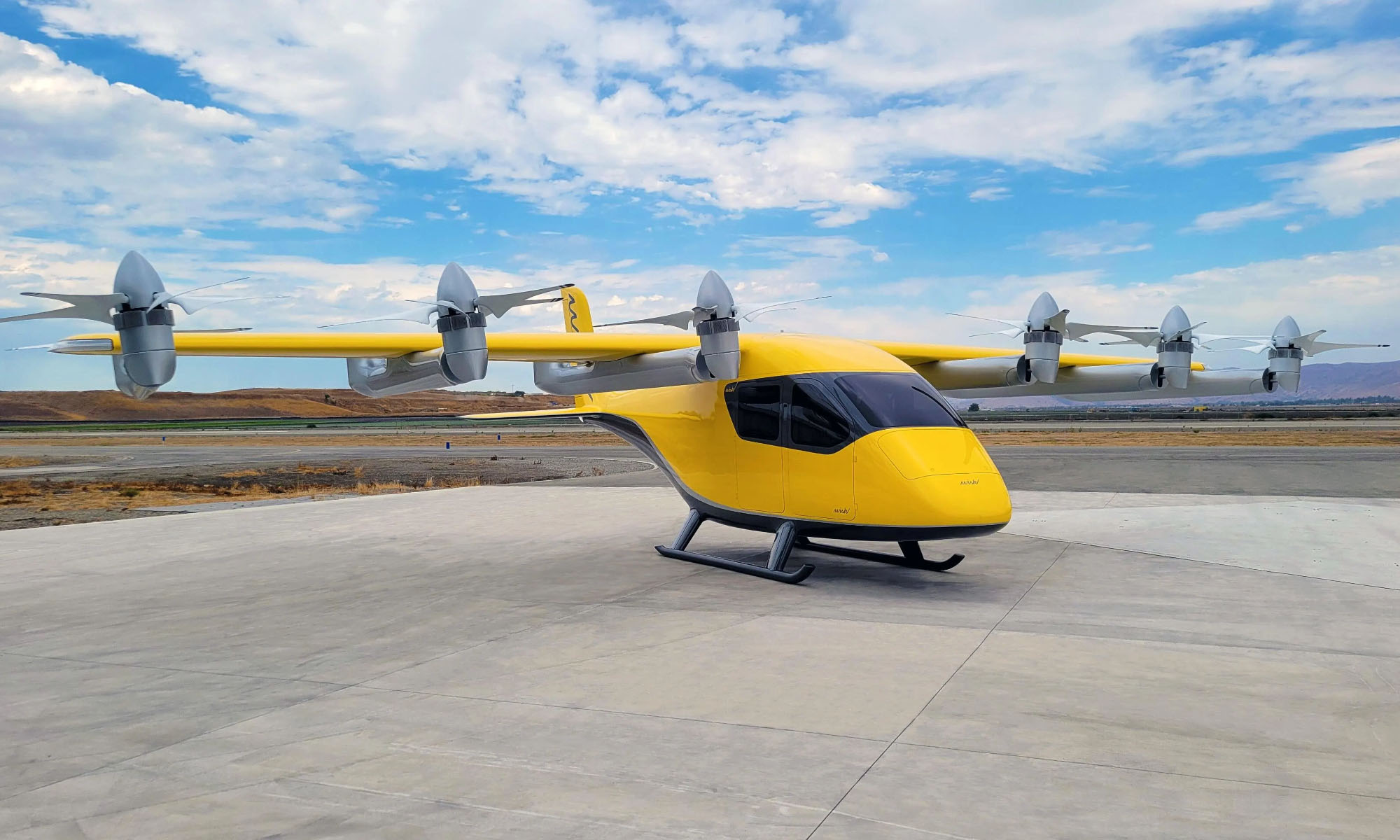 Wisk Aero may not yet be a household name, but the company has been around since 2019, and has just unveiled its 6th generation aircraft — a small electric 4-seat machine that can fly without any form of human intervention.

The company was originally a joint venture involving Boeing, and the now defunct flying taxi startup Kitty Hawk, initially funded by Google co-founder Larry Page. The Wisk plane is currently seeking FAA approval for passenger testing and will be the first ever electric vertical takeoff and landing (eVTOL) plane to receive certification.

Wisk’s latest design is unusual, featuring 6 five-bladed front rotors that can be tilted horizontally or vertically and the same arrangement at the rear (albeit two-bladed and fixed vertically). The plane has a cruising speed of 120 knots, combined with a 90-mile (140KM) range, and flies at a low altitude of 2.5 to 4 thousand feet.

So what does the future hold for Wisk’s autonomous air taxi? Eventually, the company hopes that clients will be able to hail the aircraft via a bespoke app, in a similar manner to an Uber. The plane will take off and land vertically, making it perfect for city applications, where it could easily launch and land from the rooftops of high-rise buildings.

Weight remains a big issue for electric aircraft, due to the hefty mass of the batteries that need to be carried. Aviation fuel has a far better power-to-weight ratio than even the most modern lithium-ion batteries, so it remains tricky to make aircraft like Wisk’s viable. Wisk Aero has made encouraging progress so far and maintains the ambitious goal of carrying out 14 million taxi journeys in 20 global markets over the next five years.