The concept of electric vertical take-off and landing (eVTOL) aircraft should be familiar to all fans of sci-fi literature, movies, and video games.

Because of their ability to take off and land vertically, such aircraft are suited for operation in densely populated urban areas that would easily trap even small airplanes. Since eVTOL aircraft rely on electric propulsion, they generate much less noise pollution compared with traditional helicopters.

Now, Volocopter, a German eVTOL aircraft manufacturer based in Bruchsal has established a joint venture (JV) company with NEOM, a planned smart city in the Tabuk Province of northwestern Saudi Arabia that aims to realize a daring vision of what the future could be. 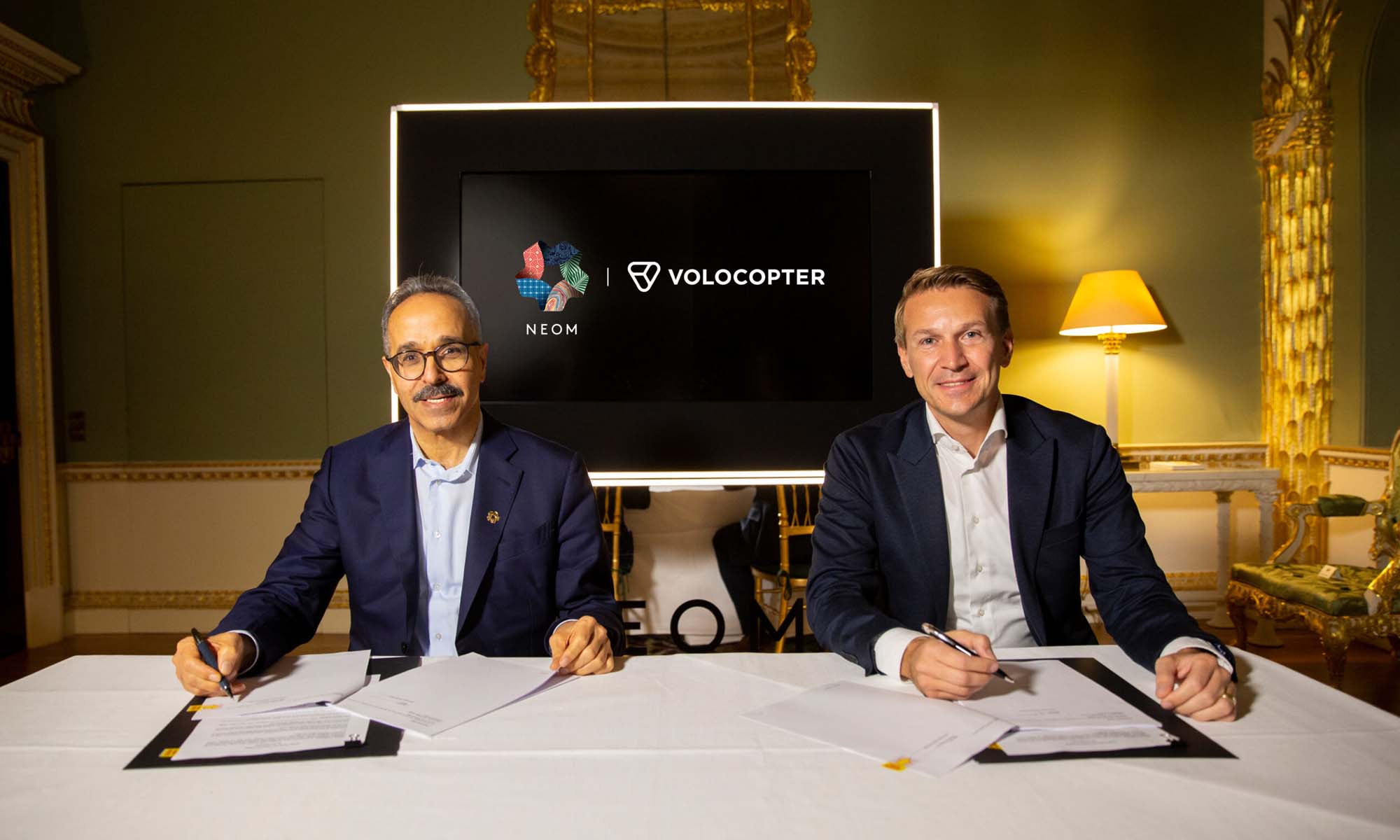 The goal of the new company is to design, implement, and operate the world’s first bespoke public vertical mobility system in NEOM. Once operational, the system will provide air taxi and logistics services and integrate with the rest of NEOM’s multi-modal and zero-emissions public mobility system.

“We are incredibly excited and proud to partner with Volocopter to make vertical mobility a reality here at NEOM. Volocopter is internationally recognized for leading innovation in the eVTOL industry and is a perfect match for our ambitious goals to create the first truly sustainable, shared, and seamlessly integrated mobility system in the world” said Florian Lennert, Head of Mobility, NEOM.

The JV has so far ordered 10 VoloCity passenger and 5 VoloDrone logistics aircraft from Volocopter, and plans are already in place to scale up activities from the beginning of 2022.

These first eVTOL aircraft will connect NEOM’s core urban development, called the Line, with other regional destinations. The Line is supposed to be a 170 km long linear city without conventional cars, and it will be home to over 1 million citizens when finished.

Related Topics:eVTOLSaudi Arabia
Up Next

Dubai’s Emirates Is Hiring 500 IT Professionals For Multiple Roles