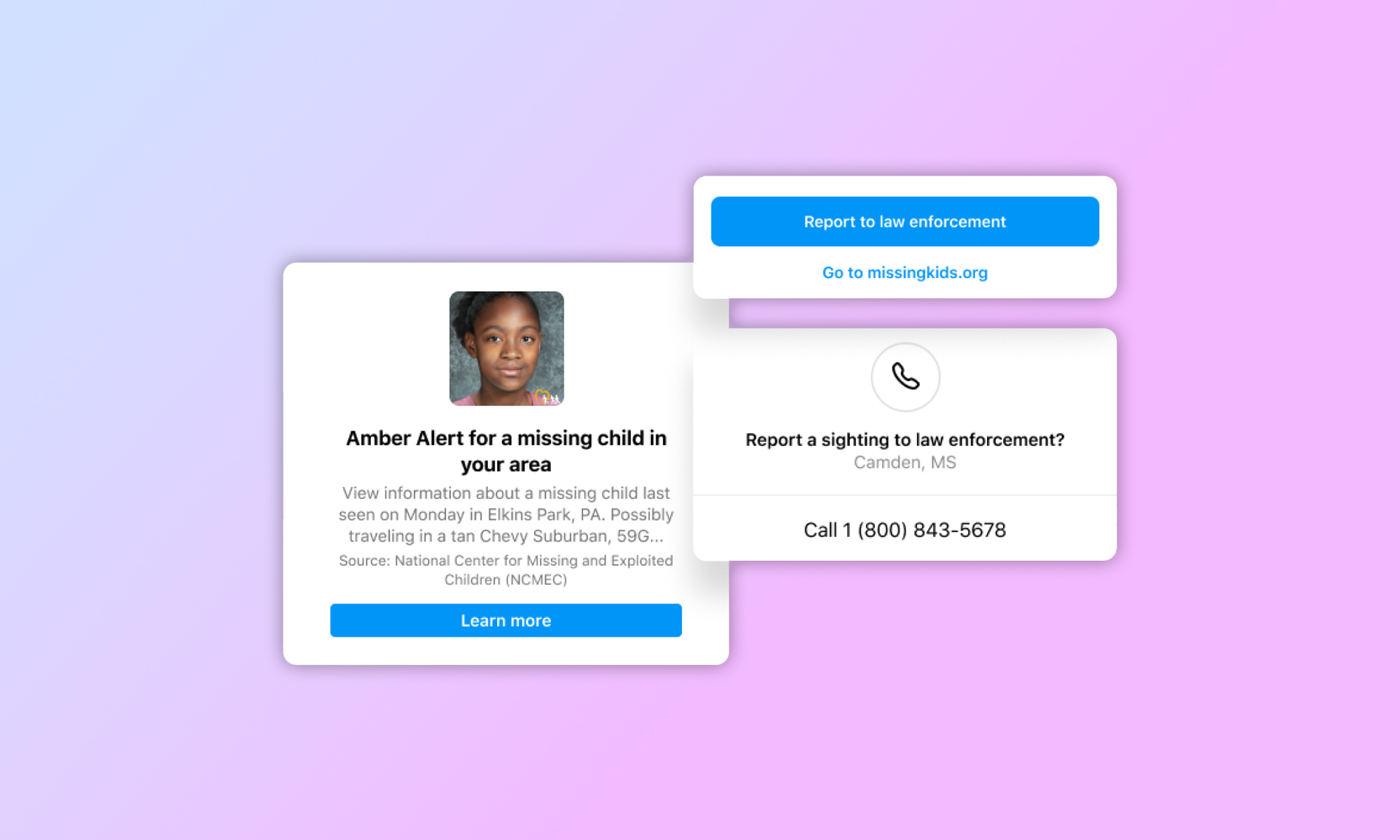 Social media networks like Instagram receive a lot of criticism for their negative influence on their users and society at large. But just like most things humans have created, they can be used for both good and bad.

Instagram’s Amber Alert feature, whose purpose is to make the site’s users aware of missing or abducted children from their local area, is a shining example of how social media network can benefit not just their users but even those who avoid them like the plague.

The feature first launched on Facebook back in 2015, and it quickly became a major success. Now, this incredibly useful feature is coming to 25 countries, including the United Arab Emirates.

“We know that the chances of finding a missing child increase when more people are on the lookout, especially in the first few hours,” says Emily Vacher, Director of Trust and Safety at Meta. “With this update, if an AMBER Alert is activated by law enforcement and you are in the designated search area, the alert will now appear in your Instagram feed.”

Each alert will include a picture and description of the missing child, as well as the location where the child was last seen. With a simple tap, Instagram users will be able to contact law enforcement to share what they know with them.

The feature has already been used to help rescue at least two children. In 2016 an anesthesia technician at Baptist East Hospital in Memphis, Tennessee helped save a four-year-old girl who was abducted in Florida. In 2020, 11-year-old Charlotte Moccia from Massachusetts was rescued after Amanda Disley and her husband saw an Amber Alert on Facebook.

Related Topics:InstagramUnited Arab Emirates
Up Next