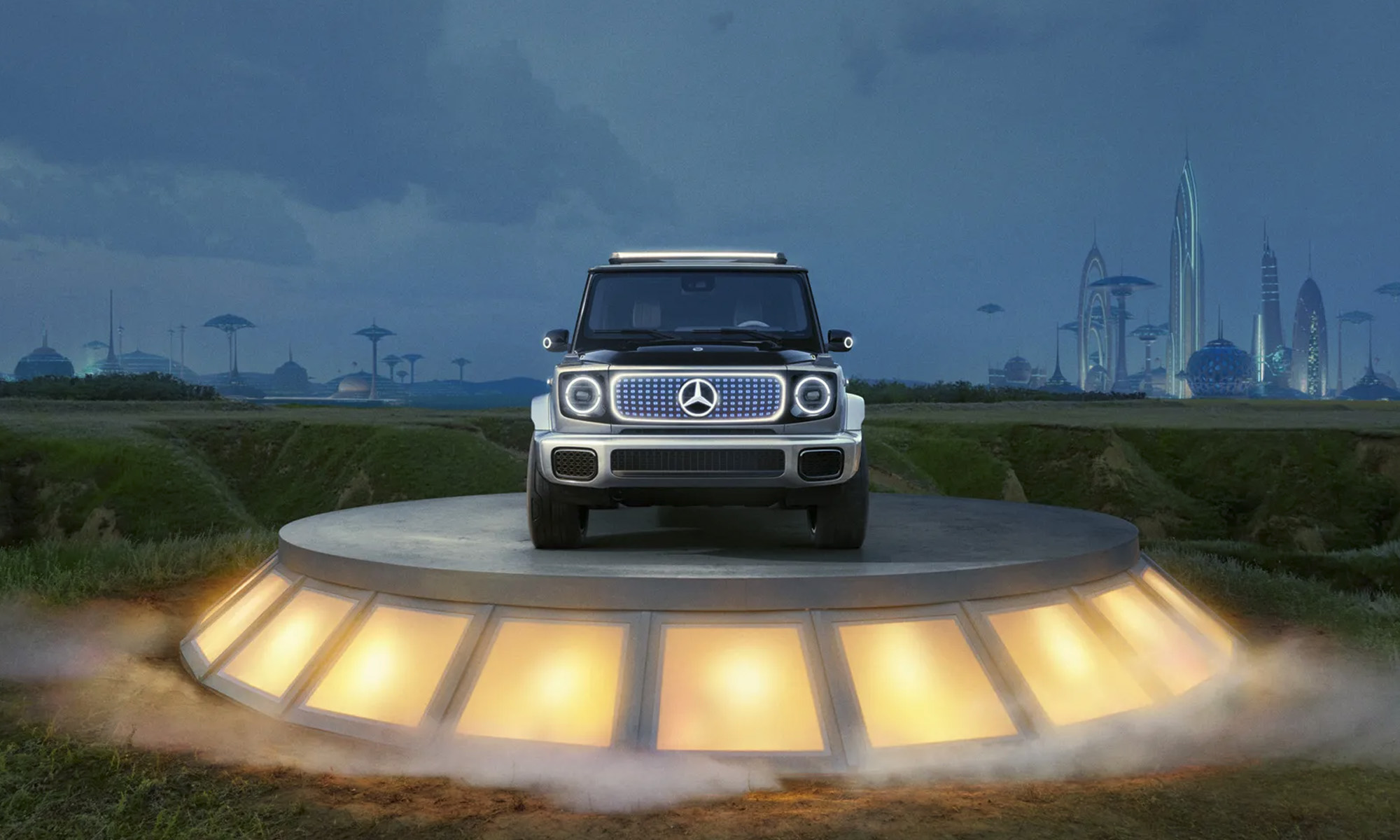 Just like most other car manufacturers, Mercedes-Benz is electrifying its product range, and the equally iconic and polarizing G-Class won’t be an exception. At the 2021 IAA Mobility show in Munich, the German car manufacturer showed its Concept EQG, an electrified version of the original “G-Class” that, at least according to Mercedes-Benz, refuses to compromise when it comes to off-road capabilities. 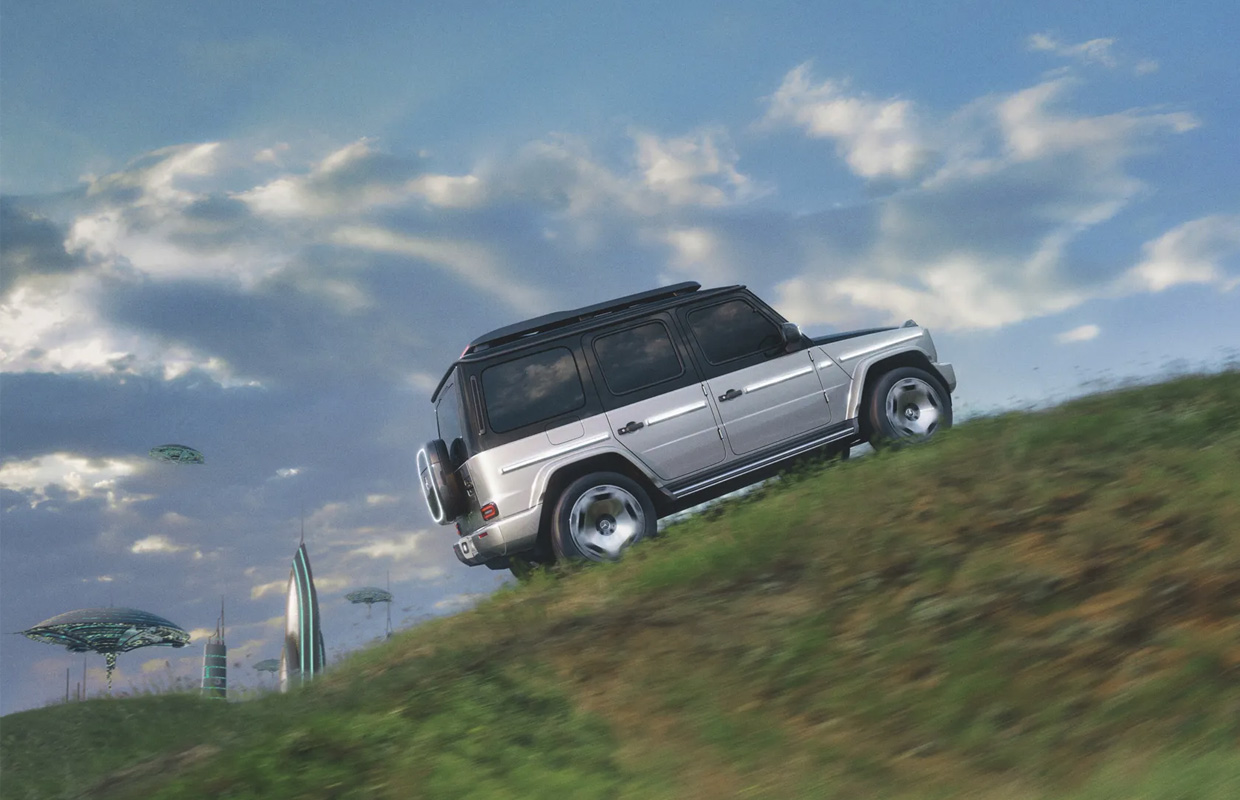 “A cross-country vehicle which has remained true to itself for more than 40 years ventures a step into the future,” states Mercedes-Benz on the retro futuristic Concept EQG web page. “The Concept EQG combines its iconic origin and uncompromising off-road capabilities with futuristic elements of the Mercedes-EQ world.” 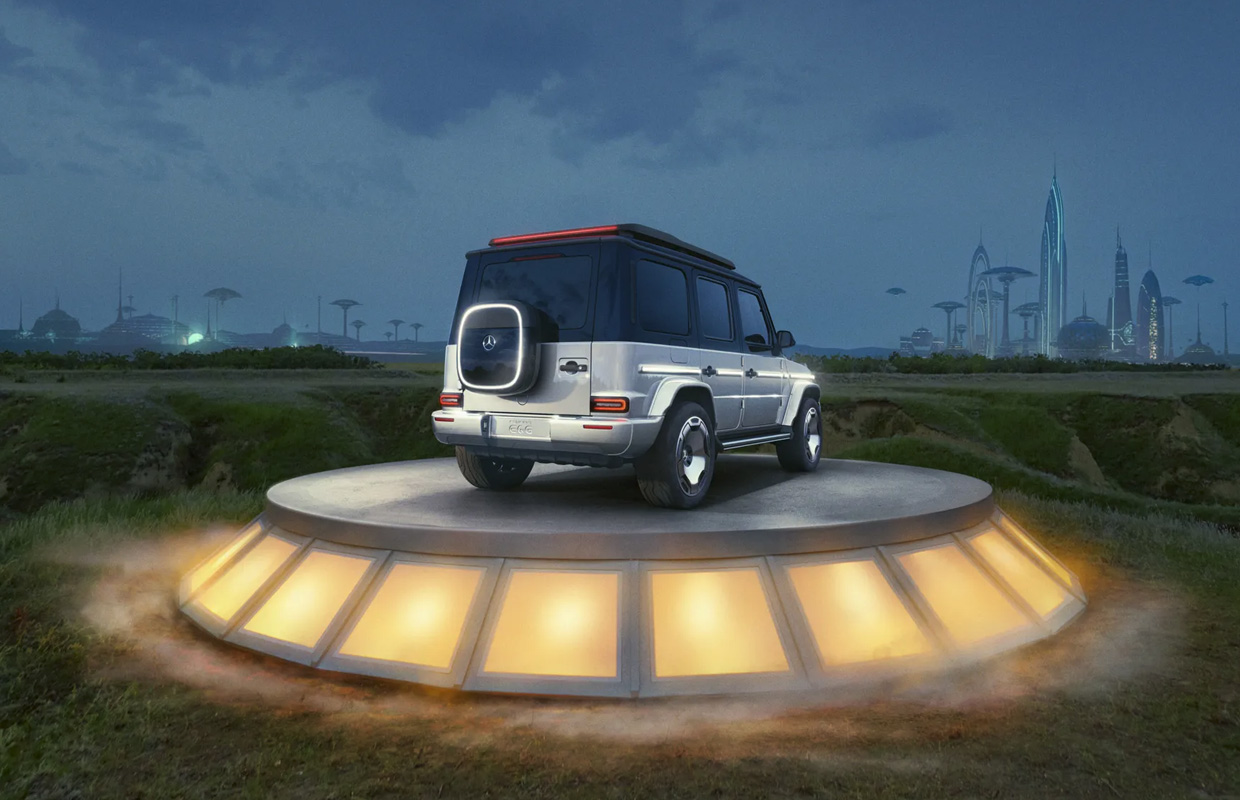 To promote the new car, Mercedes-Benz filmed an epic 70s space opera that explores the future of mobility, reminding us all that our present, with cars like the Concept EQG soon to be available for purchase, would like the future to people 50 years ago.

The Concept EQG has a striking two-tone paint job and an illuminated grille that reminds us of the Suzuki Jimny. Additional LED lights can be found on other sides of the vehicle as well, including an LED light bar at the front and a third brake light at the back. 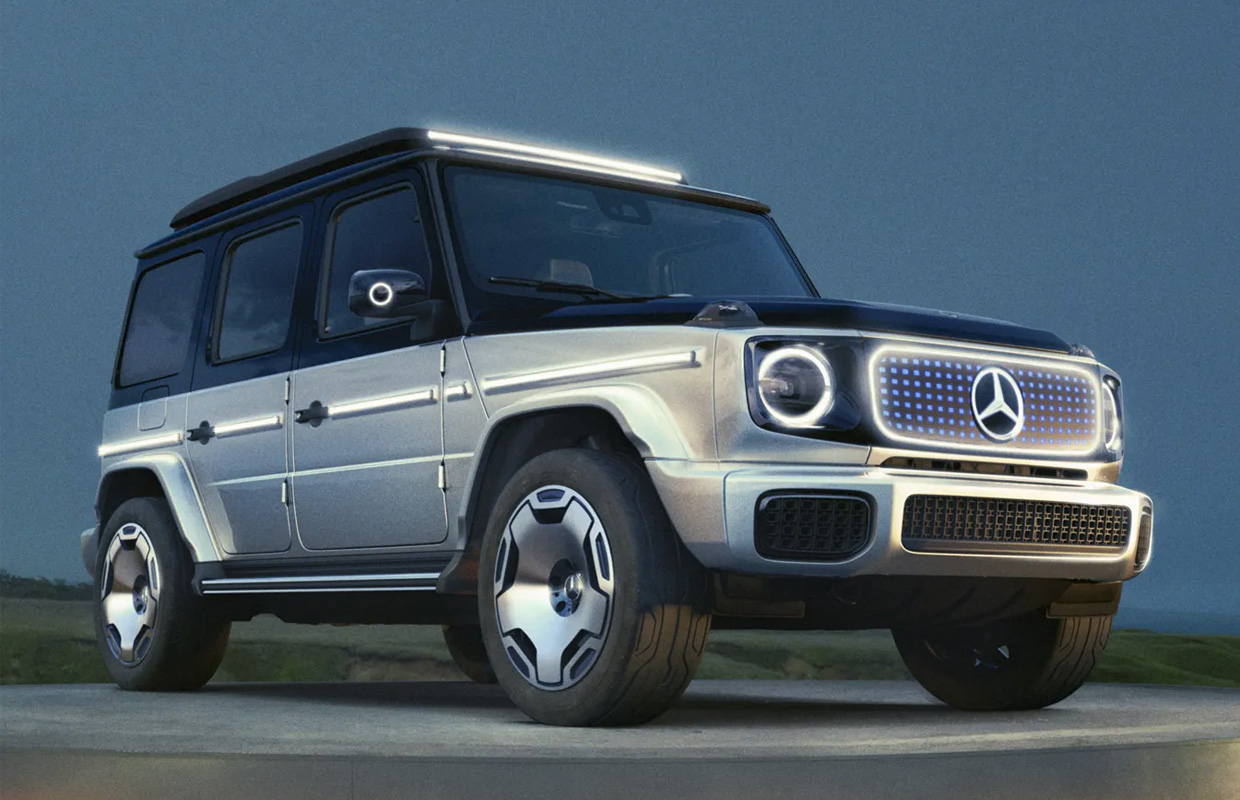 Mercedes-Benz hasn’t released much technical information yet, but we know that the Concept EQG has four electric motors mounted close to the wheels. The motors are mated to a shiftable two-speed gearbox, whose goal is to ensure that the car has enough off-roading capabilities to overcome even the trickiest obstacles.

Also Read: The Lamborghini Countach Is Back As A Hybrid

Since the current version of the electric G-Class is nearly ready for production, it’s unlikely to change dramatically before it rolls off the production line for the first time. Unfortunately, we don’t know when that will be, so we all have to patiently wait and hope it won’t be too far in the future. 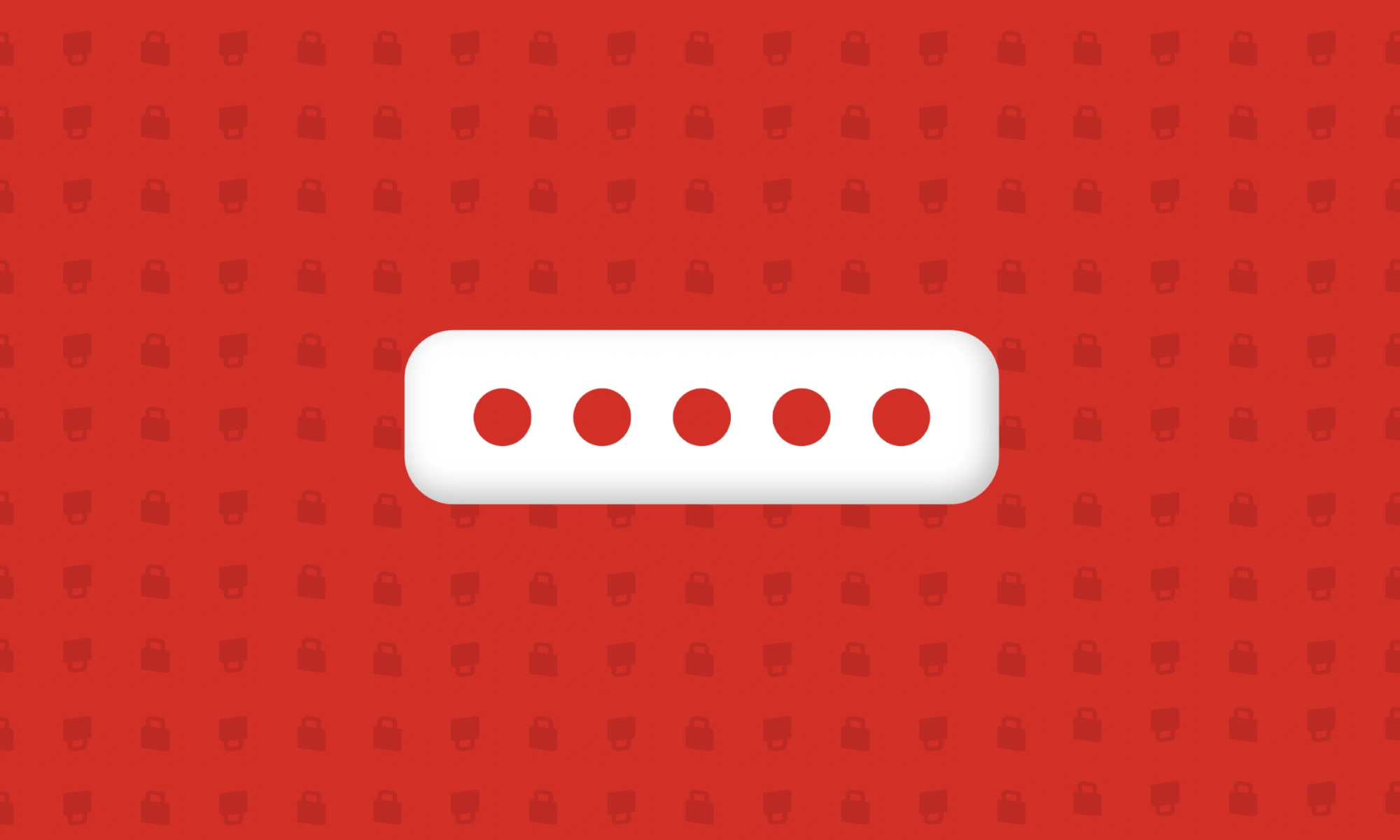