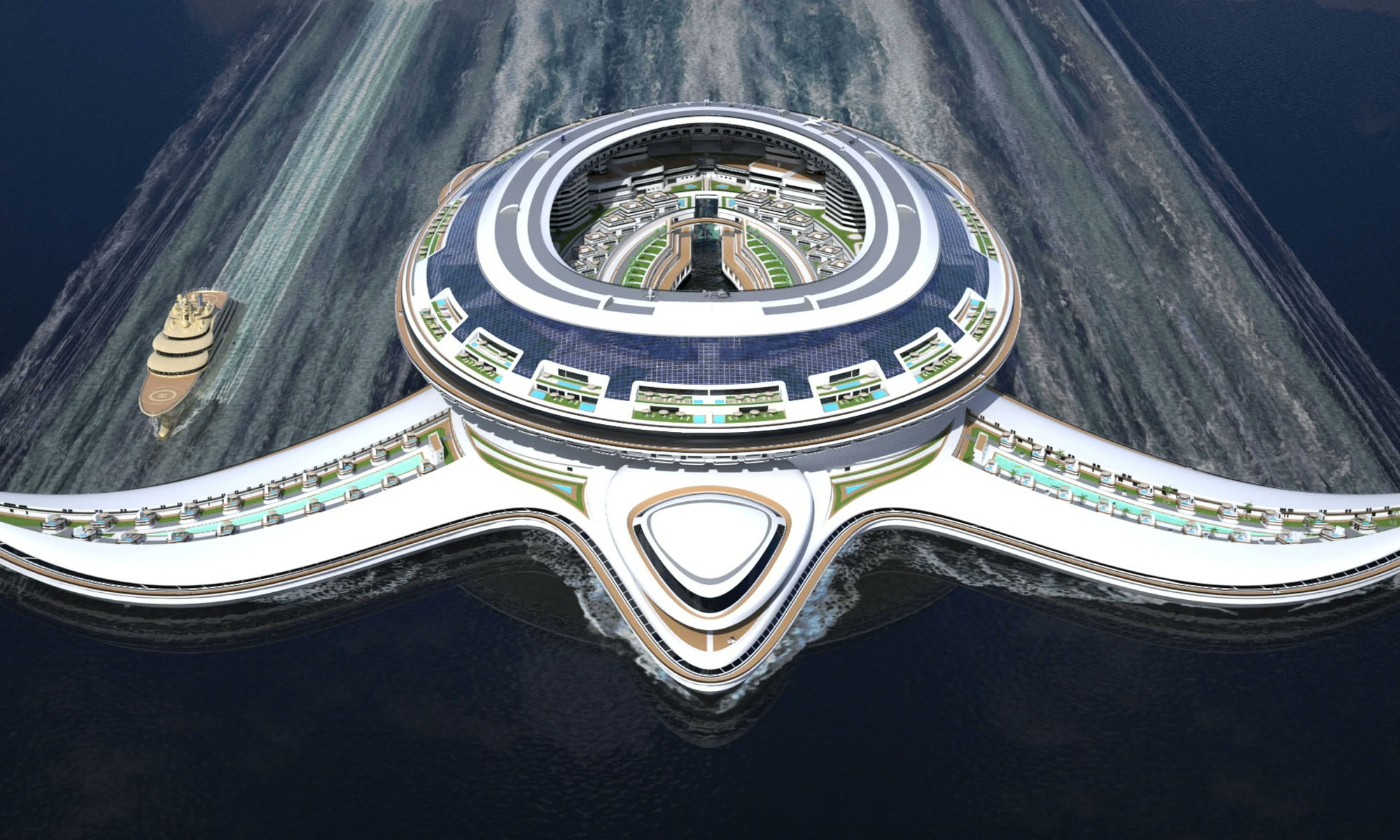 An Italian design studio called Lazzarini has begun a massive project to design and eventually build a $5 billion “terayacht”. The colossal floating city will be based in Saudi Arabia, and will have the ability to host 60,000 people.

As if the sheer size of this craft wasn’t headline-grabbing enough, the yacht, named Pangeos, will be shaped like a giant sea turtle.

According to Lazzarini, Pangeos is named “after the supercontinent that existed millions of years ago during the late Paleozoic and early Mesozoic eras.”

The design studio went on to add: “Translating this into a somewhat futuristic expression, Pangeos extends its length for 550 meters (1,800 ft) and measures 610 meters (2,000 ft) at its widest point — the wings. If realized, the turtle-shaped vessel will become the world’s largest structure ever built.” 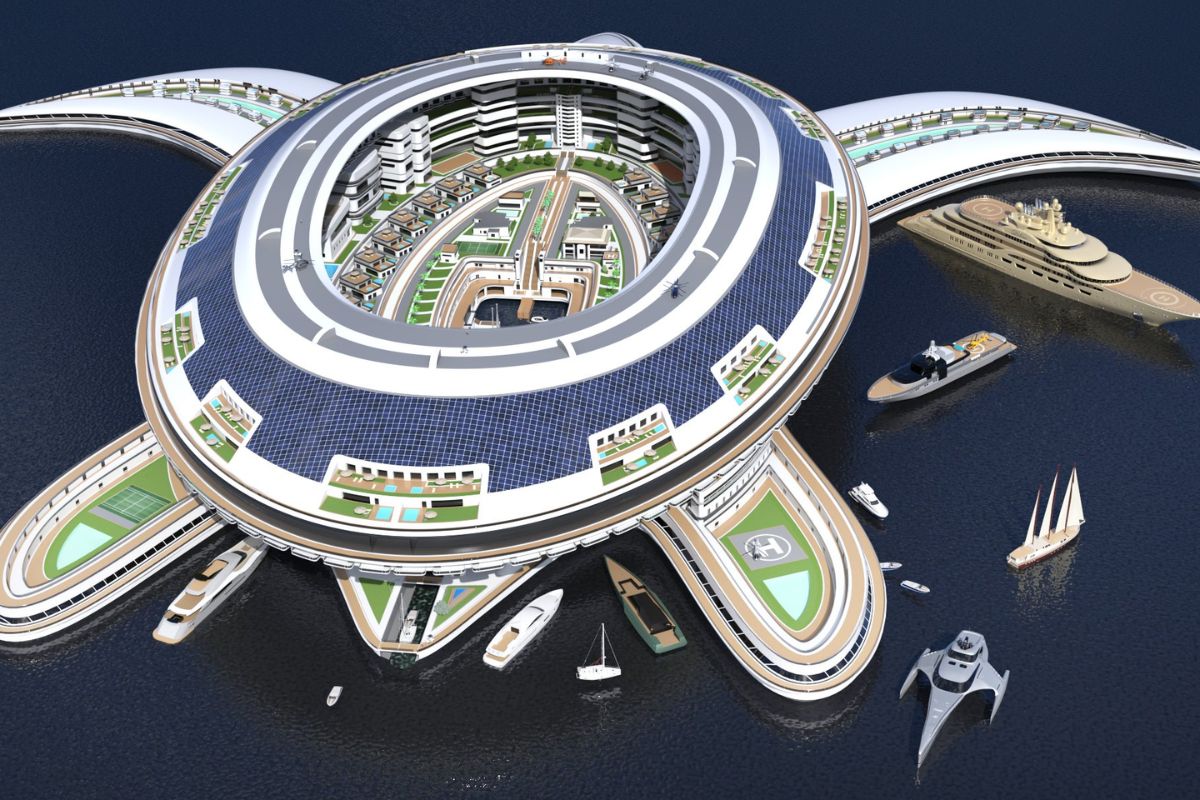 The floating city will be home to 19 luxury villas and 64 apartments on each of the turtle’s wings. Lazzarini expects to pump $8 billion into construction, creating the largest-ever floating object after an eight-year build period. 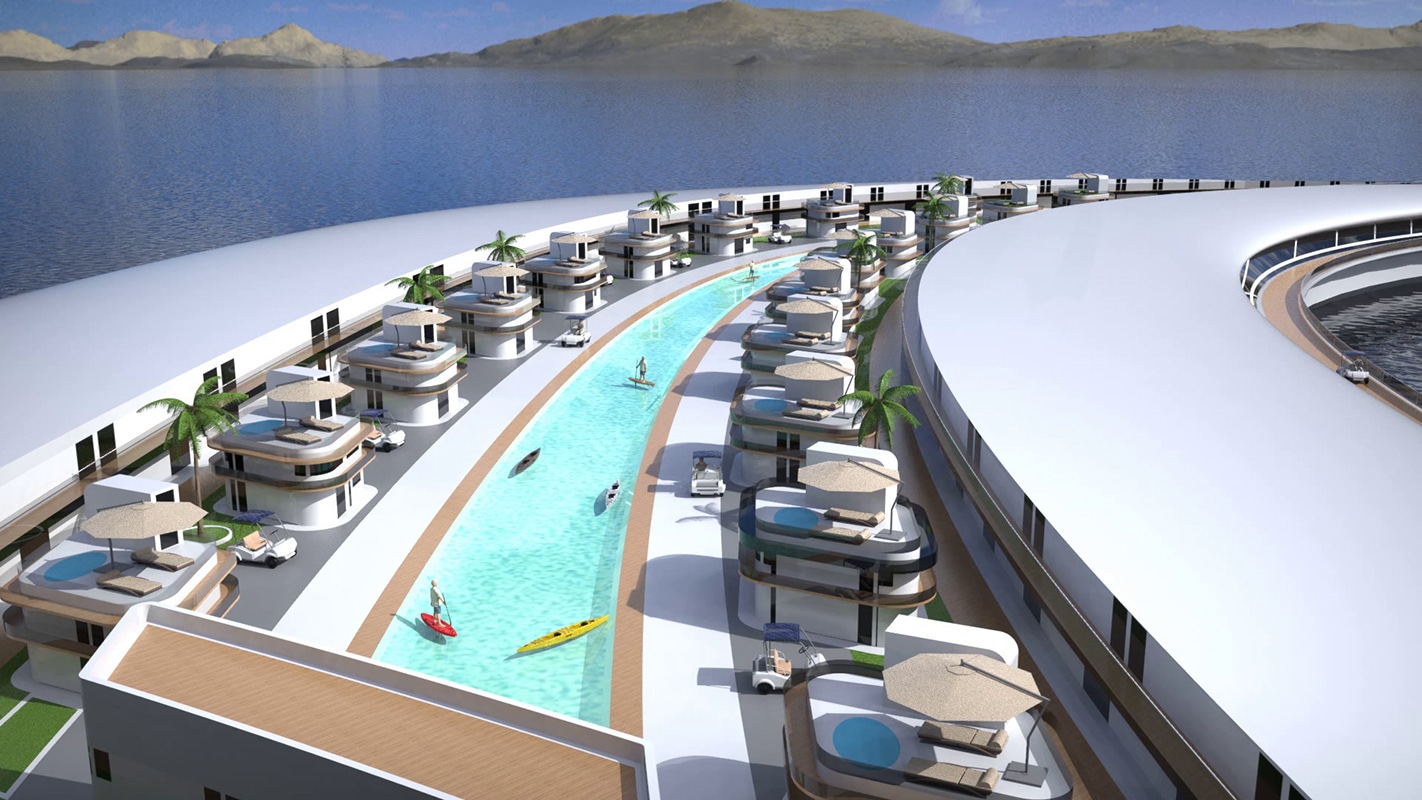 The design of Pangeos is based around a main square that resembles a giant sports stadium, which extends into a wide terraced villa area with private houses, shops, and other buildings, plus a rooftop terrace with an upper “shell” zone for landing flying vehicles.

In the lower spaces, 30,000 cells provide an unsinkable floating platform, with the bulk of the vessel being constructed from steel.

As well as being notable for its outrageous size and head-turning design, Pangeos will offer unrivaled luxury for guests, with a rooftop garden, mall, beach club, and a massive central shipyard with direct access to the sea.