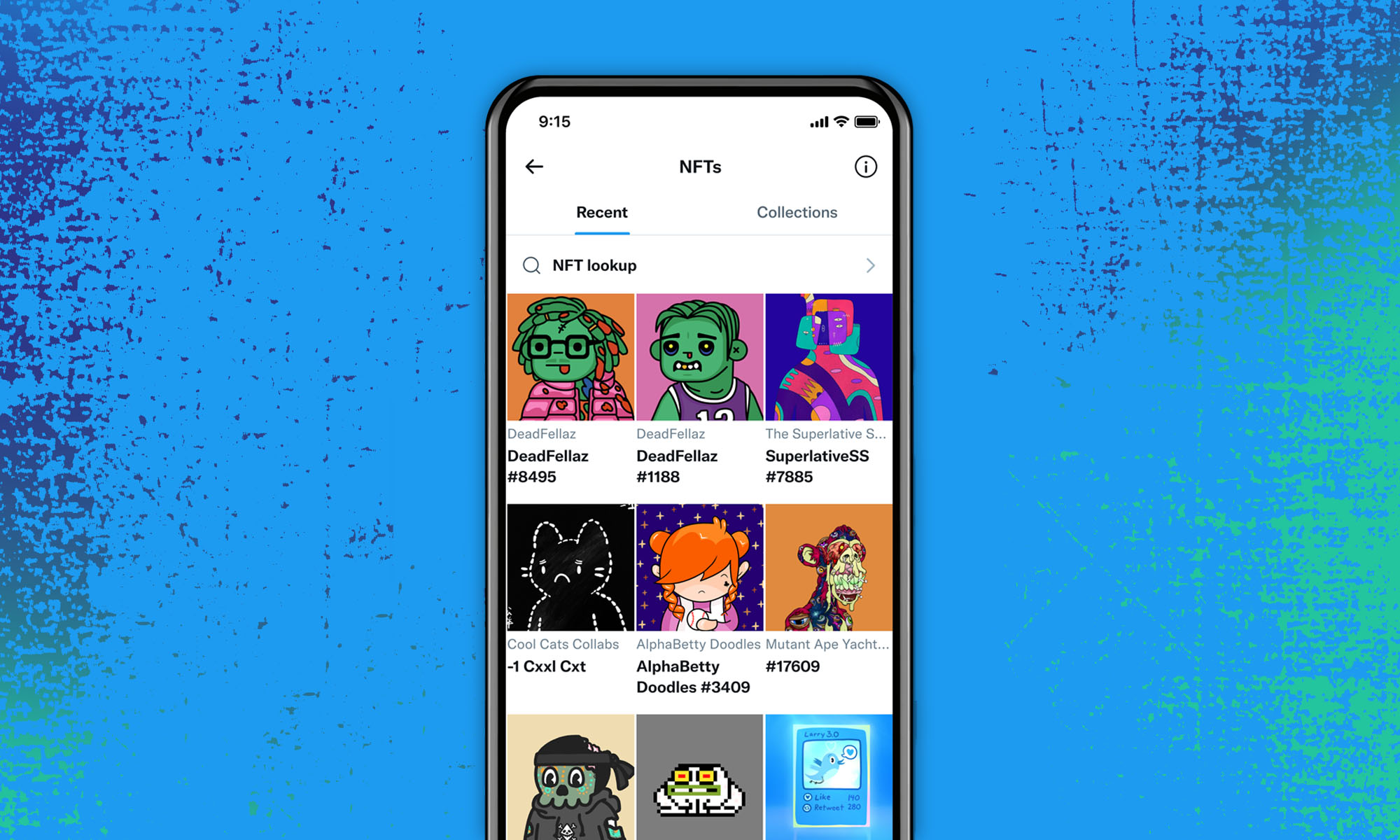 Non-fungible tokens, or NFTs for short, are redefining the art industry and making some of their creators obscenely rich. Since the early days, NFT fans have been discussing the latest twist on blockchain technology on Twitter, often using their most cherished NFTs as profile pictures.

But since NFTs are technically just receipts to patronage that don’t prevent anyone from right-clicking on them and making as many copies as they want, distinguishing their rightful owners from impostors hasn’t been easy — until now.

All Twitter Blue paid subscribers in the United States, Canada, Australia, and New Zealand can now use the Twitter for iOS app (no other versions are supported at the moment) to connect to their crypto wallet and use their NFTs as profile pictures. Here’s how:

Even though it’s currently possible to set NFTs as profile pictures only on iOS, the results are visible to users across all versions of Twitter. To visually stand out from regular profile pictures, Twitter displays NFTs in an hexagonal outline instead of the regular circular outline.

Also Read: A Beginner’s Guide To Getting Started With NFTs

The NFT feature is powered by OpenSea, an online marketplace for NFTs. Since the feature depends on a third party, it could stop working if something happened to OpenSea. The profile pictures themselves are most likely cached on Twitter’s servers, however, so they probably would still be visible.

Twitter’s embrace of NFTs, which are closely tied to the cryptocurrency Ethereum, comes shortly after the departure of the company’s former CEO, Jack Dorsey, who is known for rejecting other cryptocurrencies besides Bitcoin.

Guinness, the renowned cataloger of record-breaking events, has released its latest annual, after sifting through 40,000 applications — and the Arab world is heavily featured. 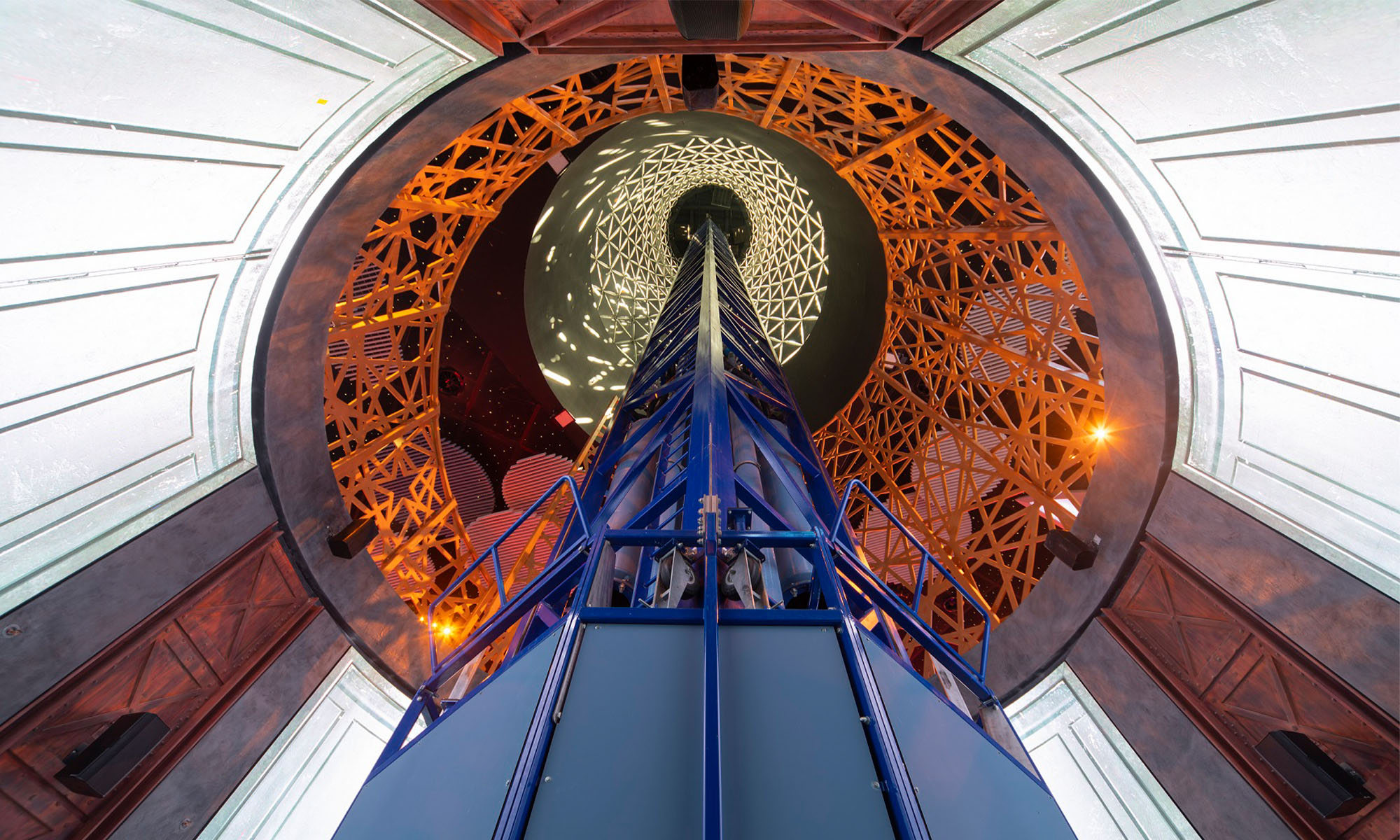 As usual, GWR 2023 features all of the latest achievements from around the world (and space!), with special features and updated graphics to bring the stories to life.

So why the interest in the latest Guinness installment? Well, it turns out the Arab Region is strongly represented in the book, with more than 50 records featured in the new edition, which is no mean feat considering the volume of competition.

“We’ve sifted through nearly 40,000 record applications over the past year to bring you Guinness World Records 2023. People from all walks of life continue to be fascinated by extremes, and we’ve received claims from across the planet – indeed, even from space! This is why I’ve said the new edition is out of this world,” says Craig Glenday, Guinness Editor in Chief.

Of interest to readers of this platform, Saudi Arabia and the United Arab Emirates both get to flex their record-breaking muscles. 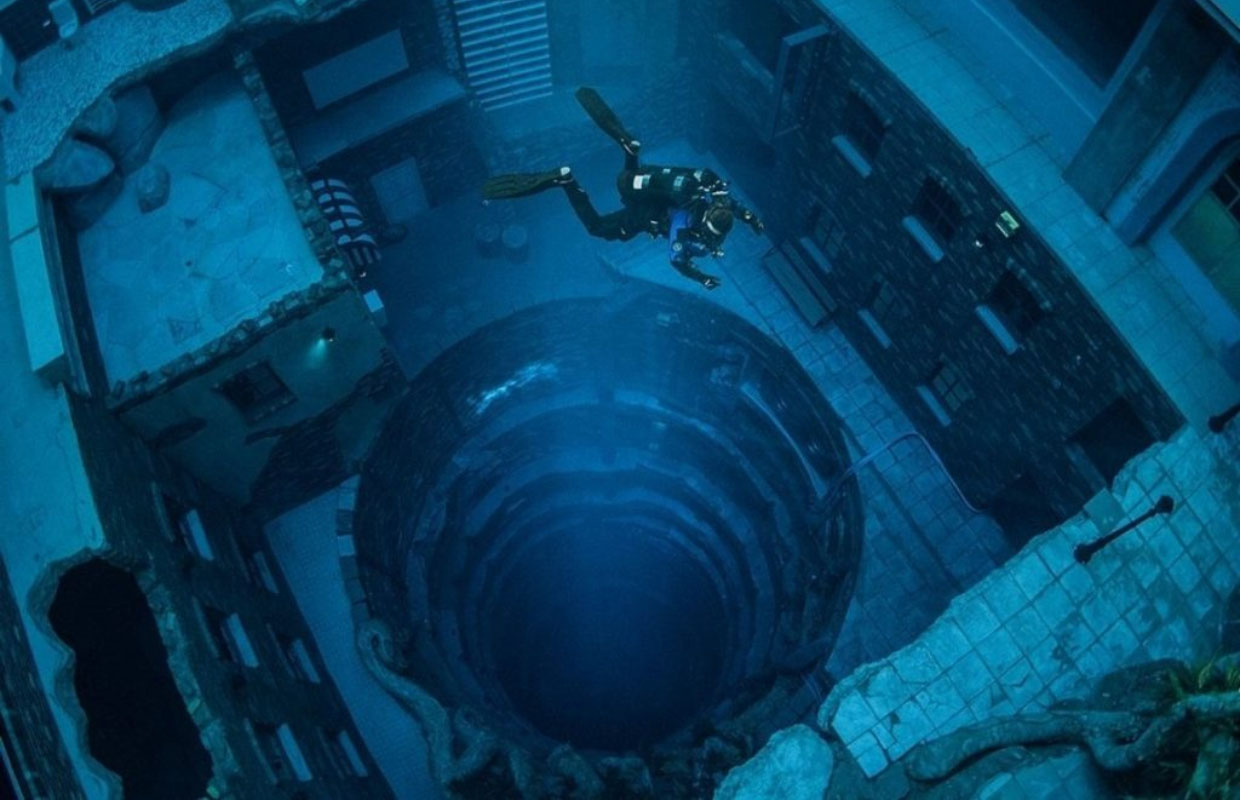 Saudi Arabia claims the title of “Largest LED Structure and Suspended Ornament” courtesy of the Noor Riyadh Festival, as well as other weird and wonderful titles, including the “Largest Lego Formula 1 Car”, as well as perhaps more prestigious honors, such as “Largest Mirrored Building”, “Largest Clock Face”, “Tallest Lighthouse” and the “Largest Geodesic Dome”. 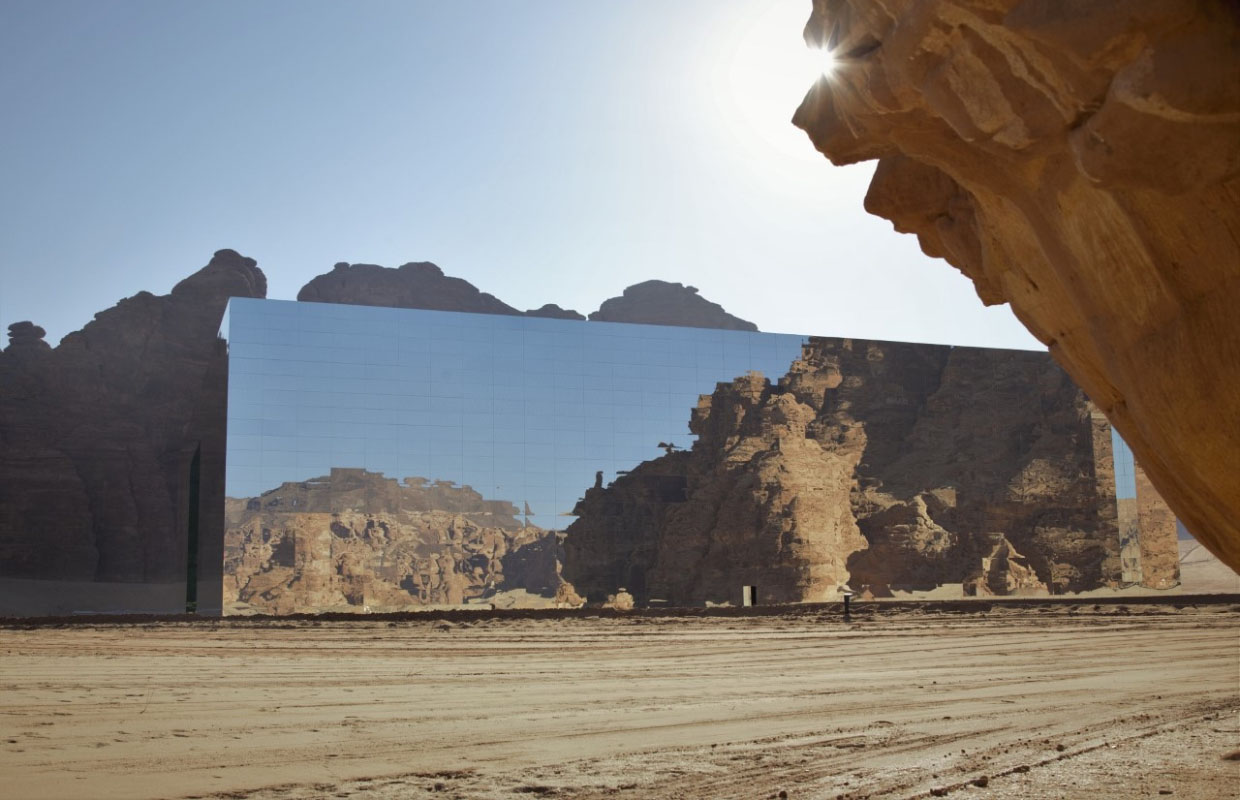 Not to be outdone, the UAE has claimed several humanitarian record-breaking titles, including the “Longest Video Livestream” (by The Mohammed Bin Rashid Al Maktoum Global Initiatives and pan Arab influencer Hassan Suleiman), the “Largest Donation for Medical Treatment”, and the “Most Awareness Ribbons Made in One Hour”. 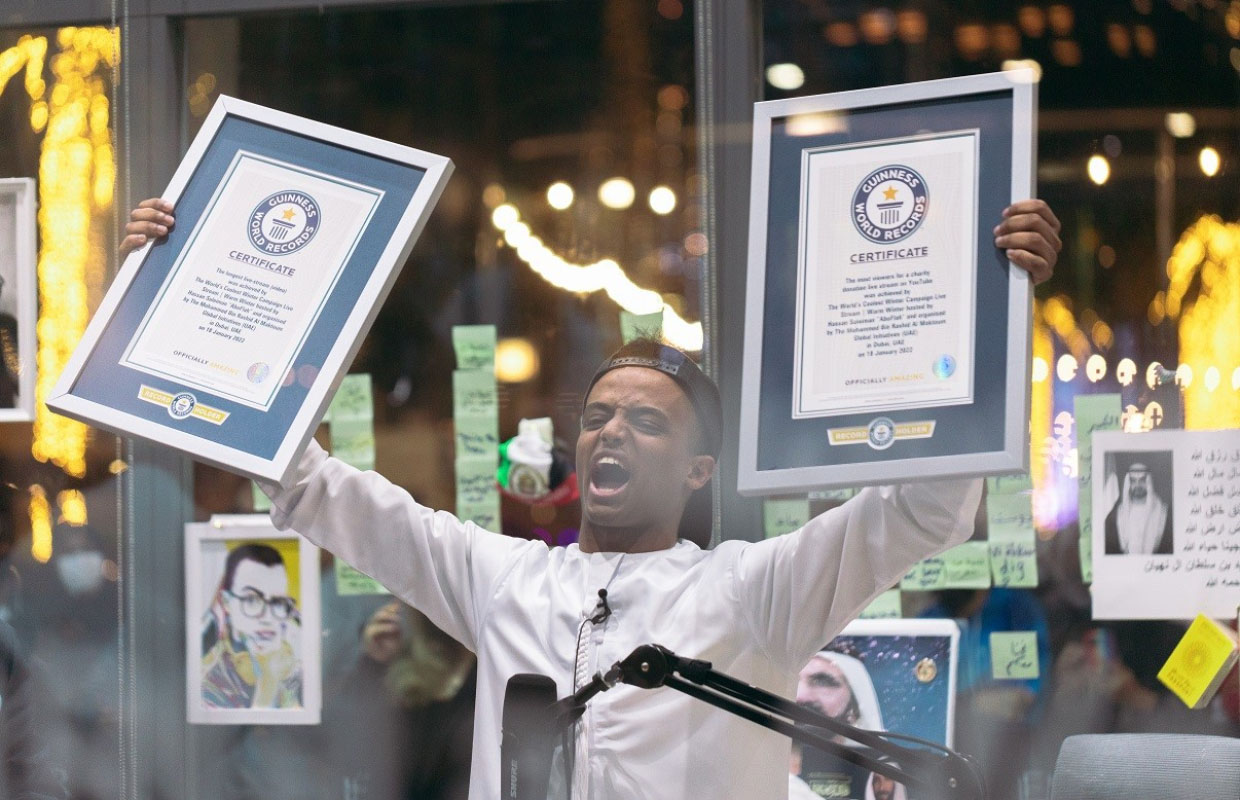 On the tech front, the UAE also claims several prestigious firsts, including “First 3D-Printed Laboratory”, while the world-renowned Burj Khalifa hangs on to its title of “World’s Tallest Building”.