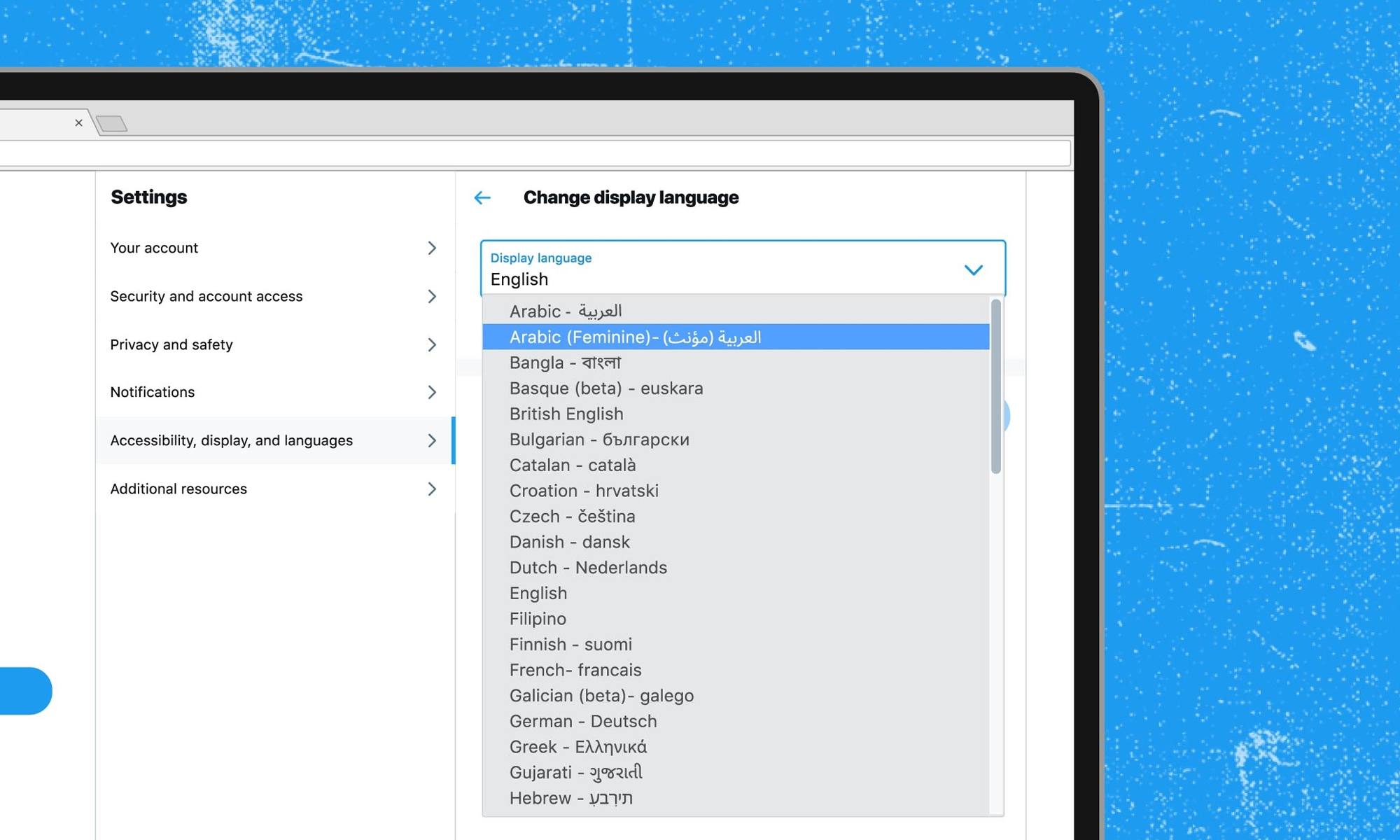 Professional translators don’t have it easy because various languages don’t just use different words to express the same notions — they also sometimes work completely differently. In Arabic (as well as several other languages), grammatical structures change depending on the gender of the subject.

“We’re adding this language support to Twitter.com and working to bring it to Twitter for iOS and Android as well. We’re committed to using inclusive language at Twitter, regardless if it’s written down, shown on our site and apps, or embedded in our code,” write Carla El Maalouli, Head of Business Marketing at Twitter MENA, and Fabien Ho Ching Ma, Twitter Software Engineer.

The steps to switch from the default masculine form to the feminine form are very simple:

How To Switch To Twitter’s Arabic Feminine Form

Alongside the support for the feminine form, Twitter is also launching a campaign titled #FeminineArabic أتحدث_بالمؤنث# to encourage other tech companies to follow suit.

“We know there’s more work to be done for our service to reflect the variety of voices around the world, and we’ll continue to share what we learn and how we update Twitter based on your feedback,” states the official press release.